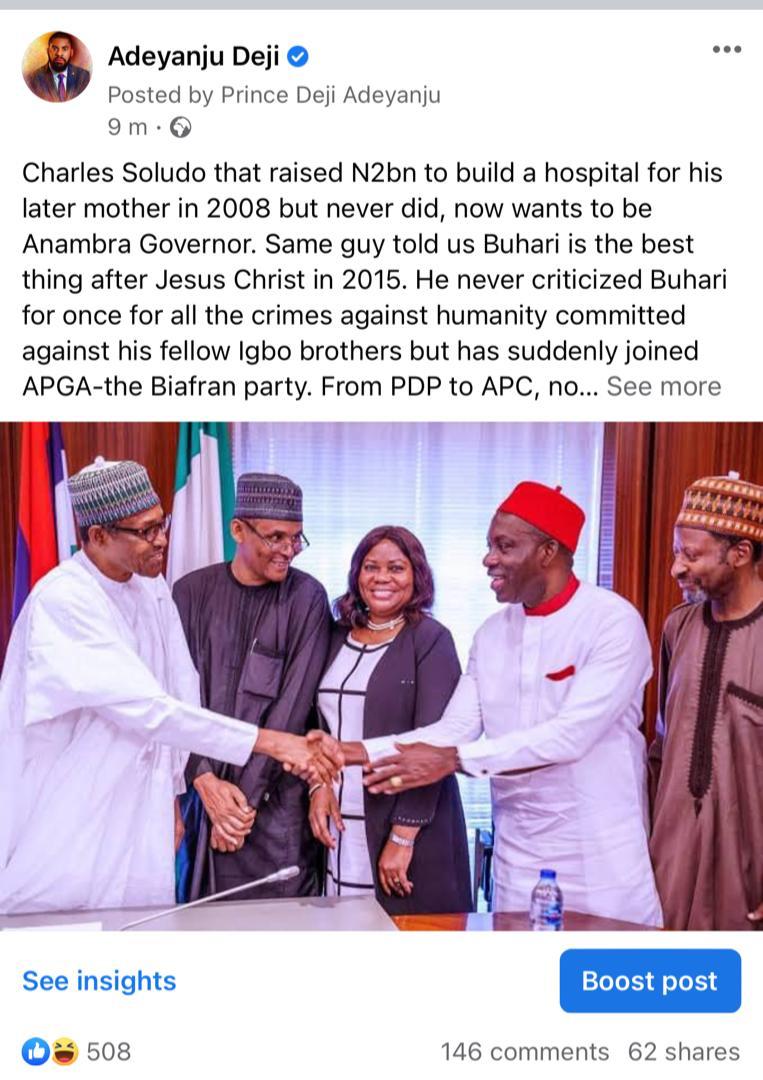 Deji Adeyanju, Convener of Pro-democracy, good governance and human rights group, Concerned Nigerians, has said that the former Central Bank Governor, Charles Soludo, has not shown the commensurate allegiance to Ndigbo course, hence, is not fit to be elected governor of Anambra state.

Adeyanju said this in a statement on Friday. According to him, the former CBN governor has become an ally of the All Progressives Congress, APC, party, led by President Muhammadu Buhari, a party he said has done nothing for Ndigbo. The activist said, Soludo’s “romance with the Buhari government” is rather at the detriment of the Ndigbo interest and as such, makes him not the man for the Anambra governorship job.

According to him, “Charles Soludo that raised some funds to build a hospital in 2008 but never did, now wants to be Anambra Governor.

“Same guy told us Buhari is the best thing after Jesus Christ in 2015. He never criticized Buhari for once for all the predicaments faced by his fellow Igbo brothers under Buhari’s government but has suddenly joined APGA-the Biafran party.

“From PDP to APC, now APGA. Always jumping up & down. As CBN Gov, this guy didn’t employ one person from his state but he is suddenly Pro-Igbo. I don’t blame Soludo, it’s those that rate him high that I blame.”