Benue State Governor, Samuel Ortom has given reasons why he has chosen to stand with his Rivers State counterpart, Governor Nyesom Wike.

Ortom explained that the Rivers State Governor has never abandoned Benue in its trying moments.

According to statement by Chief Press Secretary to the Benue governor, Nathaniel Ikyur, four influential PDP Governors also known as G-5 were in the state to commission some projects executed by the Ortom-led administration and also lead in the flag-off of the PDP campaigns in the state scheduled for Monday, November 7, 2022.

In his remarks while welcoming his colleagues, Governor Ortom said he has stood with Governor Wike and will not abandon him because, “this is a man who stood with us in our trying moments when Benue State was under siege by Fulani terrorists.”

“He came out and did not fear the threats about federal might and what have you. I will stand with him and I remain with him because iam not a betrayer,” Ortom stated.

Governor Ortom thanked his colleagues for standing with him and joining him to commission some of the projects his administration has executed and to flag-off the PDP campaigns in the state ahead of the 2023 general elections and thanked them for “standing for justice, equity and fairness.”

He added that “We are where we are today as a nation because we have refused to respect the rule of law to ensure justice, equity and fairness for all in our country.”

Ortom recalled that Wike who is a chieftaincy title holder in Tivland as the ‘Igyuve i Tiv,’ “was the first person to come out and roared when I was attacked by the Fulani terrorists. He told Nigerians that if you kill Ortom, you have killed Nigeria.”

“Wike came out, brought stakeholders from Rivers State and offered solidarity and faith with Benue people and gave his commitment. As if that was not enough he committed money, noting that “subsequently, the money Wike committed in offering several unsolicited interventions to Benue was over 700 million Naira.”

He emphasized that other countries have moved to the stage they are now because they uphold the rule of law and tenets of democracy.

The Rivers State Governor, Wike in his response on behalf of the G-5 governors described the group as “integrity Governors” who were committed to seeking justice, equity, fairness and inclusiveness in the affairs of the PDP.

According to Wike, “the way we are, people are trying to see how they can break us, but they cannot. We are bonded to save Nigeria,” he maintained.

Governor Wike appreciated the honour done to them by the Benue State Government saying, “I thank all of you for this honour you have done to all of us, the integrity Governors. These are Governors who can come out and tell you black is black, yes is yes.”

He stressed that “leadership is about integrity” and anyone who does not show integrity should not be trusted as the national leadership of the PDP is doing.

Governor Wike who described “Ortom as a good man” charged the people of the state to support him, noting that he has stood for his people.

Former Governor of Benue State, Senator Gabriel Suswam, the State Deputy Governor, Engr Benson Abounu, Speaker of the Benue State House of Assembly and governorship candidate of the PDP, Engr Titus Uba, Senator Abba Patrick Moro and other members of the National Assembly as well as members of the State Executive and Security Councils and party stalwarts graced the event. 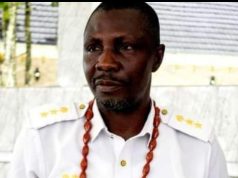 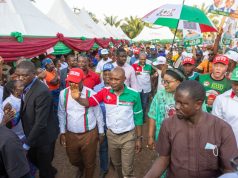 Only Atiku is prepared, ready for president – Reno Omokri 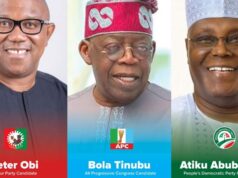