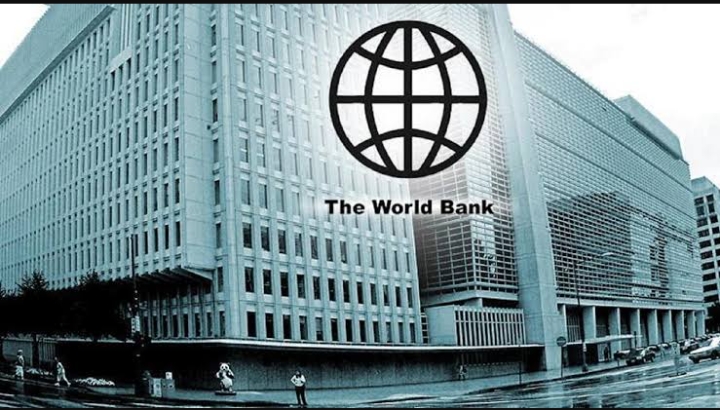 The first regional strategy published in 20 years, suggests that the SDG4 target will not be hit and that frighteningly the World Bank will consider it a success if two thirds of the region’s children remain in learning poverty.

Less than eight years to the deadline set for attaining the Sustainable Development Goals (SDGs), and Western and Central African countries will  miss the most important goal of all, SDG4, according to the World Bank’s new regional education strategy

The goal which is focused on education aims to “ensure inclusive and equitable quality education, and promote lifelong learning opportunities for all.” It is strategic not only because of the role education plays in development but also because it directly impacts the possibility of attaining six other goals.

Despite the progress made in granting access to education over the past few decades, 70 percent of 10-year-old children in Western and Central Africa (WCA) are unable to read and understand a simple text and more than 32 million children remain out of school, the largest for any region globally.

The prospect of attaining SDG4 sank in June  when the World Bank launched its education strategy for Western and Central Africa during a regional ministerial meeting in Accra, Ghana. The scope and scale of strategy came as a disappointing surprise to many leaders, because of its defeatist approach to solving learning poverty in the region; offering targets and goals that would constitute a dismal policy failure, rather than success, if achieved.

Multilaterals, Global Development Funds and the Broader Education Community have been hyping up the global learning crisis and the importance of tackling the failure of learning across the continent. Billions are being raised from development partners for education and this year the United Nations General Assembly will host its first ‘Transforming Education’ summit as part of the activities. Yet, the policy does not match the rhetoric. The first line of the World Bank’s 74-page regional strategy document, which was unveiled to education and finance ministers from across the region, clearly states that “education systems in Western and Central Africa suffer from chronic underperformance”. That is hardly news for policymakers, financiers and governments in the region. In light of this, it is surprising that the World Bank appears to have given up on meaningfully improving that underperformance. Its regional education strategy, the first it’s produced in 20 years, has such low education targets and is so unambitious as to be laughable. The World Bank does not have lofty ambitions for the powerhouse of Africa, instead it will consider it successful if 66 percent of children remain in learning poverty in 2030. To be clear – if over two thirds of children are unable to read a sentence at 10 years old in 2030, this will be considered a success by the World Bank. If these are the ambitions of the foremost global development institution then Nigeria must look to its own resources, leaders and programs, its ambitions for itself are far greater and the importance of reaching those ambitions is a matter of urgency for some of the region’s most fragile communities.

The World Bank target is not only poor in and of itself r but a surprising public acknowledgement that attaining SDG4 will remain a pipedream in the region till well after 2030. Based on the World Bank’s target, at least 17 million children from the region will still continue to grope in the dark long after the sustainable development goal has passed.

Stakeholders in the education sector are baffled by the prospect of a strategy that actively plans to leave a significant portion of children behind and by the World Bank’s limited ambitions Those in the sector know that Nigerian Governors have long resisted the need for Western leadership in policy making and have been taking matters into their own hands considering the damaging medium to long-term implications of a largely uneducated population on growth.

Available data shows that some countries are more pressed than others on the issue of learning deficits and out-of-school children.

Nigeria with 18.5 million out-of-school children, Burkina Faso with over 857,221, Ghana with close to 1 million and Angola with over 773,837 have some of the highest numbers on the continent. Impressive Efforts are being made by individual countries to address local challenges to enable more access to education and achieve better learning outcomes even in conflict zones; even Borno State – sadly most notable globally for insecurity and kidnapping of students – piloted innovative education reforms.

In Nigeria, Governments are seizing upon technological advances to implement state wide programs designed to improve basic education systems. KwaraLEARN, EKOEXCEL and EdoBEST are all Governor led programs using state investment to improve learning outcomes and teaching techniques at speed and scale. Literacy and numeracy has improved significantly and these states are well on the way to having strongly educated youth well in advance of 2030. With these exemplar models to draw upon why is the World Bank so unambitious for the region when Nigeria has proven that it can implement and deliver effective programming. This won’t come as news to the World Bank, which has already invested over $75 million dollars to further accelerate the EdoBEST program. Yet, even with examples like this to draw on – referenced extensively – in the much anticipated strategy, there is no vision or hope from the Bank to invest in these models and see fruits born.

Other creative methods have been adopted to address SDG 4 with the aim of closing learning gaps and getting children back in school. Notably, many political leaders are reviewing the findings of an education study by Nobel prize winner, Professor Kremer, focussed on a new holistic education methodology that delivered among the largest learning gains ever delivered in international education. The study included 10,000 children in low socio-economic groups in Africa; including many communities and locations similar to those seen across the Continent. The approach is already being used by Governments across the continent, including by the EdoBEST program invested in by the World Bank.

To tackle learning poverty t countries in the Western and Central Africa region need the support and committed aspiration of  multilateral institutions like the World Bank, not despair or an attitude that suggests the region must languish at the bottom of education league tables for decades to come. If this is the case, the future of the world is indeed at risk considering the population size of Nigeria’s youth. The tacit admittance of the inability to meet SDG 4 by the World Bank came as a sour grape to leaders in the regions in a period where regional and global debate is focussed on showcasing effective strategies and when political leaders  should be getting all the support they need to solve this fundamental challenge to prosperity, stability and growth .

Because of the dimension of the problem that is hinged on funding, experts have advocated results-based financing (RBF) for narrowing the funding gap. They are of the opinion that the World Bank holds the aces in this regard. The Bank should stand ready to support the region with the requisite funding and technical partnership to achieve SDG 4 and not dim the hope of meeting the target. If the World Bank has given up on Nigeria and others in the region, then the advances and investments that its local political leaders are making independent of external input will become ever more important in delivering the future the region deserves.