The Deputy Senate President, Ike Ekweremadu, on Thursday, clarified that President Muhammadu Buhari, did not specify a separate minimum wage for federal workers in the new bill he forwarded to the federal parliament on Wednesday evening.

He said Buhari did not include a separate amount payable by the Federal Government to its workers.

The labour and the government had agreed after series of dialogues, signed a pact approving N30, 000 as minimum wage payable to the federal workers while states and private sector workers are expected to receive N27, 000.

But Ekweremadu urged the members of the newly inaugurated senate panel to look into the issue as well as the exemption of workers in smaller establishments with less than 25 staff.

He also challenged members of the ad-hoc committee to critically look into the concerns of some state governments about their capability to pay the N27, 000 minimum wage.

Ekweremadu subsequently named the Chief Whip of the Senate, Senator Olusola Adeyeye, as the chairman of an eight-member ad-hoc committee mandated to work on the bill and make their report available within two weeks. 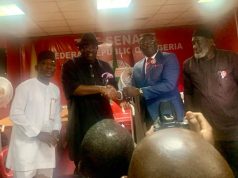 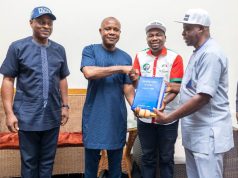