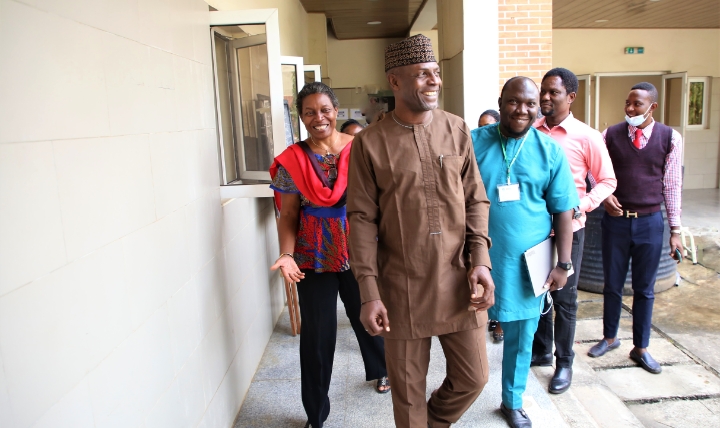 The Edo State Government through Edo SUBEB is training over 2,000 Teachers, Learning and Development Officers as well as Quality Assurance Officers drawn from hard-to-reach primary and junior secondary schools to enable them better manage their classrooms and deliver result oriented basic education services.

“I am pleased with the order of things here,” Mr Udoh said. “What is even more pleasing is that the EdoBEST programme is empowering teachers with technology.

“As a technology inclined individual, I can tell you that EdoBEST technology is inspiring pupils as well as teachers. Don’t be surprised that pupils are already asking their parents for tablets,” Mr. Udoh said.

Over the past three years, state-wide basic education sector reform implemented by the Governor Godwin Obaseki led administration has introduced technology to help teachers deliver on their mandate of educating the next generation of Edolites. At present, over 12,000 teachers have been trained, given tablets to do their jobs and receive continuous support from Edo SUBEB.

“By providing teachers with tools in the form of technology and tablets to do their work, one thing is sure: The self-worth of the teachers has improved. They know that someone is thinking about them and how they can do their jobs better,” Mr. Udoh added.

Following the marked improvement in learning outcomes after the launch of EdoBEST, Junior Secondary School have been brought under the preview of Edo SUBEB in an effort to spread the gains of EdoBEST.I encourage other states to adopt EdoBEST,” Mr. Udoh said.