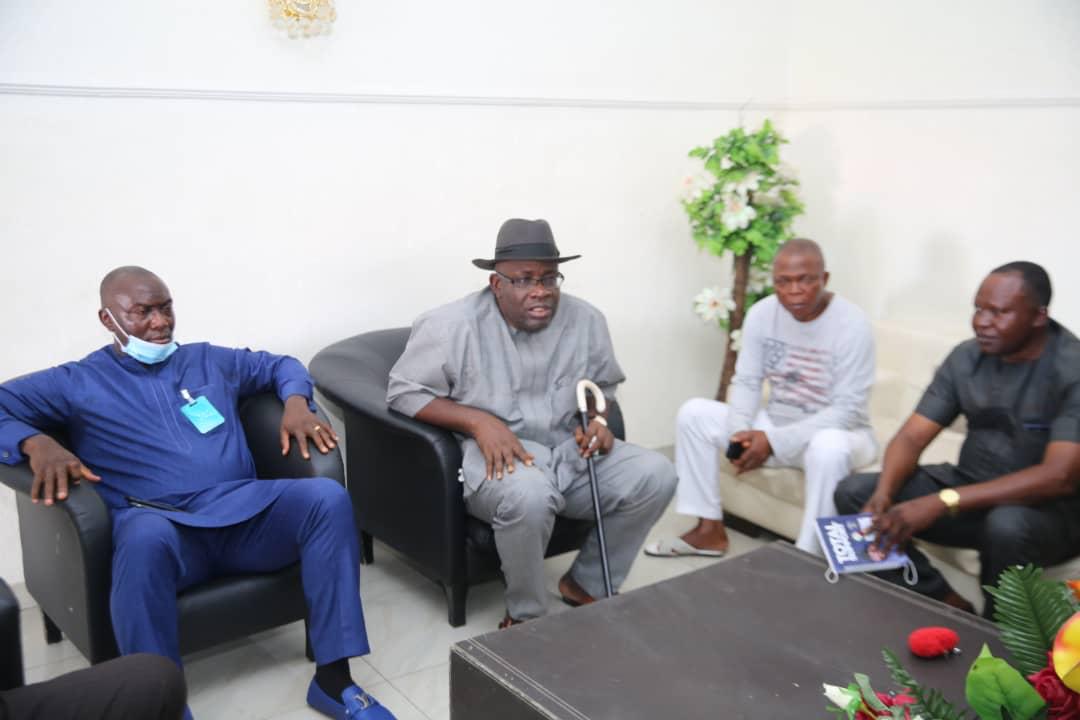 The gale of defections rocking the All Progressives Congress continued on Friday as more core grassroots leaders and supporters of the APC defected to the Peoples Democratic Party ahead of the Bayelsa West Senatorial bye elections scheduled for October 31, 2020.

Hundreds of APC members from Ward 6 of Sagbama Local Government Area led by Hon Mentor Bob abandoned the APC for the PDP during a major protest rally at the Toru Orua country home of ex-Governor Dickson.

Mentor and the APC members were received by the PDP Senatorial Candidate, Chief Dickson, a member of the party’s Board òf Trustees, Chief Remi Kuku, the Senatorial Vice Chairman òf the Party, Hon Michael Magbisa, the member representing Sagbama Constituency in the State Assembly, Col. Bernard Kenebai, and other officials of the party.

The spokesman of the group of defectors, Mentor, said that the APC members were embittered by the brazen violation of the agreement on the rotation of the two National Assembly positions between Sagbama and Ekeremor Local Government Areas making up the district.

He said that it was a provocation for a member of the APC from Ekeremor to contest the Senatorial slot when it was the turn of Sagbama to produce the Senator.

He said that he and his group were angered by the fact that an Ekeremor person was nominated to contest the election when another Ekeremor man, Hon Fred Agbedi, was already in the House òf Representatives.

He said that the decision of the APC to field a candidate from Ekeremor in violation of the wish of the people of Sagbama and Ekeremor was disrespectful and indeed unacceptable.

In his remarks, the Senatorial Candidate of the PDP, Chief Dickson, said while addressing the crowd that the APC Candidate, Chief Peremobowei Ebebi would not be able to win a Ward in the forth coming election.

He said that the elections were not about one person but the entire Ijaw nation.

He thanked Mentor and his team for returning to the PDP which he said was their original party.

The former Governor who commended the defectors for taking the right decision urged them to be courageous to await a total victory from the PDP.

Also, the people of Fatorugbene and Tamogbene Ward 7, In Ekeremor Local Government Area have declared total support for Chief Dickson during a solidarity visit.

Toboye assured the former Governor of the unflinching support of the people and their votes during the election.