•••COURT GRANTS ORDER COMPELLING PPD, INEC TO SHOW WHY PRIMARIES SHOULD HOLD IN RIVERS WITHOUT DAGOGO 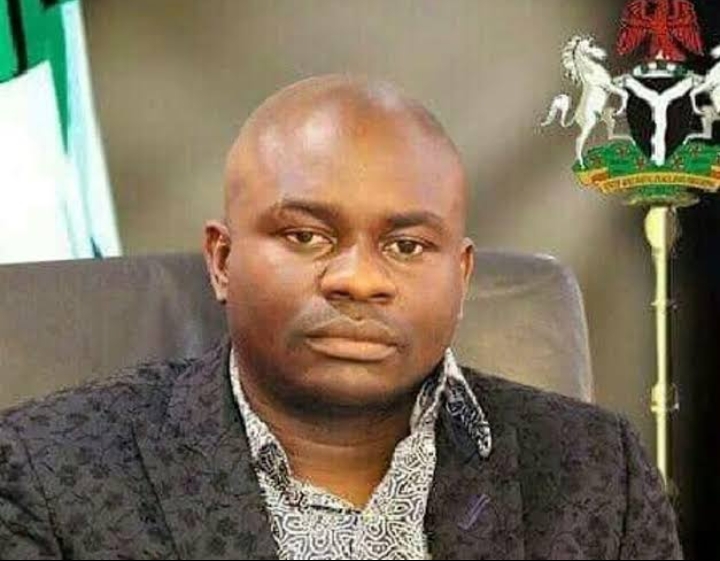 The Federal High Court,Abuja presided over by Justice Taiwo Taiwo has ordered the peoples Democratic Party and the Indpendent National Electoral Commission to show reasons why the party’s gubernatorial primaries should hold in Rivers State without the plaintiff, Hon Farah Dagogo.

The Plaintiff/Applicant, Farah Dagogo the Member of the Federal House of Representatives representing Degema/Bonny Federal Constituency of Rivers State under the PDP.

Justice Taiwo Taiwo ordered the PDP and INEC to show cause on Tuesday,
May,2022 why Dagogo’s application seeking injunctive orders against the PDP and INEC in respect of the PDP gubernatorial primary election for Rivers State should not be granted.

Dagogo had filed a suit on March 12, challenging his prevention from the screening exercise of his party (PDP) for the on coming gubernatorial primary election for Rivers State having submitted all the required documents.

The presiding judge in the sitting of the court on Monday granted the order for INEC and PDP to show cause why the primaries should not be stopped.

Dagogo went to court to seek an order of the High Court to restrain INEC, (2nd Defendant) or any of its officers or agents from monitoring the conduct of the PDP (1st Defendant) primary election for the gubernatorial position for Rivers State scheduled for 26th May 2022.

He asked the Court not allow INEC to send any of its representatives on the scheduled fixed without his name on the list of contestants for the forthcoming primary election pending the hearing and determination of the substantive action.

Dagogo, is appealing to the court to compel INEC and PDP, to include his name as one of the aspirants in the forthcoming gubernatorial primary election.

The aspirant is seeking “an order of interlocutory injunction restraining the 2nd Defendant either by itself or any of its officers or agents from monitoring the conduct of 1st Defendant’s primary election for the gubernatorial position for Rivers State on 26th May 2022 or any other date fixed, without the name of the Plaintiff on the list of contestants for the said primary election pending the hearing and determination of the substantive action.”

According to Dagogo, he completed and submitted the said nomination form to the the PDP, and accompanied them with all the relevant documents, including copies of his PDP membership card, voter’s card and sworn declarations made before a Commissioner of oaths at the High Court.

He stated that he satisfied and abided by the guidelines, all laws, rules or regulations made by PDP relating to the conduct of primary elections.

He stated that his Primary Form was issued to him by the PDP as proof that he had met all the requirements required of him as an aspirant by the National headquarters of the party.

He said that he presented himself to the Screening committee for gubernatorial aspirants in Rivers State, on the 28th and 29th of April, 2022, at the PDP Zonal Headquarters in Port Harcourt, Rivers State.

He disclosed that while he was waiting to receive his interim clearance papers, some individuals in mufti who claimed to be Rivers state Government House security agents led by the Camp Commandant, DSP Efeture Irikefe removed him from the sitting arrangement with the active connivance of the membership of the Screening Committee, who had ensured that he was the last person to be screened.

However, Dagogo narrated that he was whisked away to Operation Sting Police Unit/formation and later at State Criminal Investigation and Intelligence Department (State CIID) both in Port Harcourt.

According him, the State CIID, quickly made an attempt to arraign him on trumped up charges at the Magistrate Court in Port Harcourt on 29th April, 2022 which proved abortive.

“There was an attempt to arraign Plaintiff/Applicant on trumped up charges at the Magistrate Court in Port Harcourt on 29th April, 2022 which proved abortive.

“From inquiry and investigation, Plaintiff/Applicant was being prevented from physically participating in the PDP Primary, and as a result he caused his Solicitors wrote to the PDP Screening Committee in charge of the exercise on 29th April, 2022 narrating his travails and requesting that he should be obliged with a virtual meeting or for the appeals committee to come to the State CIID, Port Harcourt where he was being detained at the time to meet him since he had earlier submitted all his necessary documents to the 1st Defendant.

“Again, despite the appeal made to the said Appeal Panel, it did not treat the appeal and or deal with the grievances of the Plaintiff/Applicant or granted his request.

“By the constitution and guidelines of the 1st Defendant, an aspirant to the position of the gubernatorial office of a state must go through the screening process before he/she will be eligible to participate in the 1st Defendant’s primary election to elect the party’s gubernatorial flag bearer/candidate of the state, (Rivers State herein) for the general election,” the sworn affidavit deposed in support of the motion of interlocutory injunction before the Federal High Court, Abuja, in SUIT NO: FHC/ABJ/CS/654/2022 read in part.

Mr AMEH SAMUEL, the Litigation Secretary in the Law firm of Dickson Sofiyegha & Co. deposed to the affidavit.