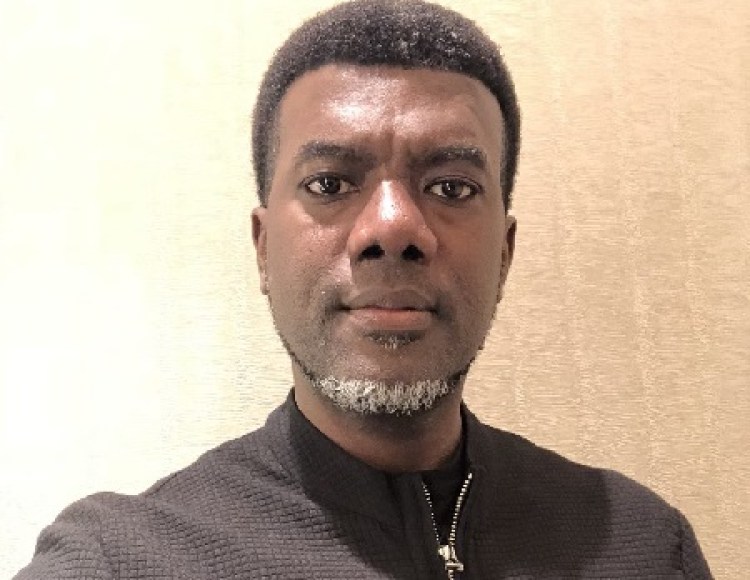 Recall that in a viral video, the man made wrong and unverifiable claims about pastors and miracle money, as well as calling pastors unprintable names. He also, derogatorily called pastors pulpit bandits.

However, in a video, Pastor Omokri who condemned such attacks on men of God also explained what miracle money truly means, while drawing instances from the Bible. He explained that what the man was referring to as miracle money was actually magic money and not miracle money.

According to Omokri, miracle money does exist. He said while magic money is the money someone gets after doing some illogical actions, Miracle money follows a clearly defined path, which could be expedient payment of one’s wages for labour or even redemption of financial promise from someone who promised you money among others.

Omokri also gave instances in the Bible where miracle money actually occurred. To explain further, Omokri also gave a true life story of how he got miracle money in some years back. He said it was for work to be done. The pastor however reminded that God does not reward laziness.
Omokri also alerted Christians to disregard the man’s claims, saying such claims are only trying to undermine Christians’ faith.

Pastor Omokri also challenged the man saying he (Omokri) will give him ten thousand dollars ($10,000) if he provides a single person evidence backing his claims.

Reno’s full statement reads thus:
“I have just seen the video by a certain young man, where he attacked a number of ministers over a phenomenon called miracle money and he made some very disparaging remarks about people like Pastor Adeboye and Apostle Suleman. He referred to Apostle Suleman as pulpit bandit and he said several other unsavoury things and the issues is about miracle money.

If you know me, I am one of those people who are very displeased with unsavoury things that happen under the guise of Christianity and I address them.

But when people just attack willingly, men of God, maybe for YouTube views or notoriety or to gain followers, I mean, I don’t know. I’m not going to be quiet and just not say anything. Because, God has given me a voice and platform and, you know, the purpose of the enemy is to undermine faith and prevent the formation of virtues. And so, these kinds of videos (Referring to the video about the man disparaging men of God), they undermine people’s faith.

If you are addressing something that is obviously very okay, nobody is going to come after you to debunk what you are saying. But when you are undermining people’s faith, and if we don’t do this (condemn such acts), a lot of people are going to say ‘I am not going to church anymore, I am not going to believe; religion is a scam.’
Listen, you know, miracle money does exist and it’s not what you think it is. Now, there is a difference between miracle money and magic money.

Magic money, like, may be you are told that if you rob this handkerchief, jump up seven times, clap your hands and then money will come. That’s magic money.

But miracle money, if you read it in the gospel, Mathew 17: 27 and other instances, there are instances when God intervened and I am going to give you an example.

[Mathew 17: 27 says ‘Go to the sea, cast in a hook, and take the fish that comes up first. And when you have opened its mouth, you will find a piece of money.’]

I am going to give you an example of my own case and since this person said it is a scam, I am going to mention real people so that the person can go back and investigate.

2005, I was fired by former president Obasanjo for my job in Nigeria, I was an aide to then vice president, Atiku Abubakar and I just didn’t feel safe because there was a lot of things happening in Nigeria with the Third Term Agenda. So, I decided to come to the United States. So, when I moved into the United States, it was like, I came here and I had to start from the scratch. I needed to get an apartment and, obviously, I just came and I had no credit history.

So, I just gave some money to an acquaintance, not even a friend, an African-American woman to help me get an apartment and she spent the money. The money just went whoom! And then, I was also duped in trying to get myself established. So, I just went from having a lot of money to having no money at all and I was really desperate.

So, I got to my knees and I prayed and then, a gentle man by name, Adeseye Afe, he lives in Maryland and he just contacted me. He had met me in the villa the previous year and he contacted me and said, ‘I want to be governor of my state, Ondo state and I want you to run my campaign.’ And you know, when you are broke, I don’t know the kind of courage that comes to you by being broke. So, I sent the guy an email, and I have given this testimony before in the past. I sent him an email and said, if you are serious, just put one thousand Dollars ($1000) down payment.

And then, the guy sent me an email back, within five minutes and said ten thousand dollars ($10,000) will be in the mail by tomorrow. And I was shocked and I said, I only told him a thousand dollars.

So, I went back to my sent folder and I checked and lo and behold, I actually thought I sent one thousand dollars ($1000) but it was ten thousand ($10,000) dollars that I wrote! And then, I didn’t know what to do so I sat down and talked to my wife and say, what are we going to do? Because, to me, it sounded like dishonesty.

I called the man and said, Chief Afe, you know what, there is kind of being a mistake, like I actually meant one thousand ($1000) Dollars and in fact, even the one thousand dollars, I actually thought you were not going to pay. The man said, “ahh! It has come out of your mouth (Reno trying to mimic the man), just take it!” and ten thousand dollars just entered my pocket and solved all my financial problems.

His wife’s name is Feli Adeyemi, I believe they are both on Facebook and you can contact them. They live in Maryland area, they are well known and they are very wealthy. The man was gubernatorial contestant in 2007 under the AC, it was called Action Congress which later became Action Congress of Nigeria which is one of the legacy parties that formed the APC (All Progressives Congress).

He is alive! You can verify what I have just said from this man. Now, what is that? Is that not miracle money? That’s a miracle money – God meeting you at the point of your need. Miracle money is real! Now, God does not reward laziness.

Before making this video, I went back and watched the video of the man who criticized men of God and after watching the video, I said, Ok, let me reach out to some of these people (Referring to people who have had experience of receiving miracle money). And then I reached out to them and said, You, how did your miracle money come? (Referring to those who have gotten miracle money) and they answered, “Sir, this man has been owning me money and when the pastor prayed, I got an alert. The man that was owing me money paid.” To another, he asked, “You, how did your miracle money come?” “Okay, there was a man owing me money,” “This man promised me money.”