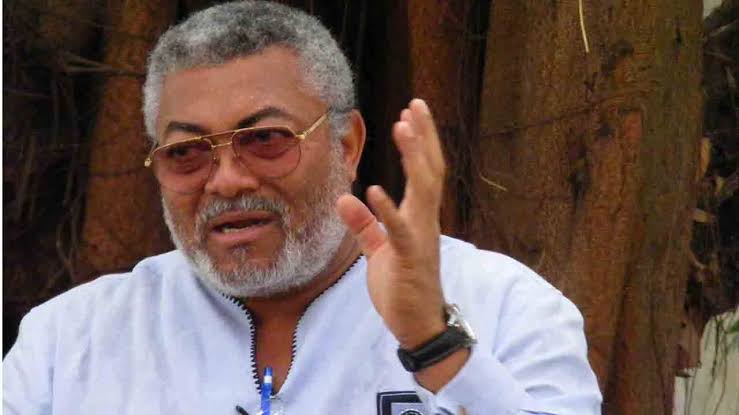 Dr. Ikubese, in his eulogy, extolled the leadership qualities of the late president especially in tackling corruption.

He described late president Rawlings as a man who not only preached accountability, probity and transparency but also lived them.

He said Africa, especially now, needs the likes of late president Rawlings to free the continent of corruption.
He however, prayed that the spirit of the late president, “as an Ancestor, hover strong on our continent, to birth the Revolution we crave, that Africa may be FREE!”

It took me two days to come to terms with the fact that you’ve passed on, to join our Ancestors.

Even up until this morning, I kept calling Ghana just that someone might tell me that “it’s fake news!”

It’s not your demise at 73 that really got at me, but that you left us at a time when Africa needs a living reference in the fight against corruption.

“Probity, transparency and accountability” are your most favorite words. As a military head of state, you demonstrated those.

As a two term civilian president, you lived by those.

All the politicians who stole from Ghana and impoverished the nation sore, you executed, including Judges that perverted justice.

Yes, they criticised you for shedding blood.

But nobody said they were blood of the “innocent”.

Why you didn’t confiscate their loots and commit them to life imprisonment was what you were criticised for.

Yet, even your critics acknowledged that your action delivered Ghana from the siege of the Cabals and birthed a functional nation that is today one of Africa’s most stable democracies.

Next week Sunday, the 22nd of this month, I will clock fifty.
I’d planned a birthday gig with you.
All that, now gone with the wind.

I never saw this coming…

Now that you’re gone, may your Spirit as an Ancestor, hover strong on our continent, to birth the Revolution we crave, that Africa may be FREE!”

Rawlings died in the early hours of Thursday at the Cardiothoracic Centre of the Korle Bu Teaching Hospital.