•••SAYS FG HAS ACTED IN THE PUBLIC INTEREST 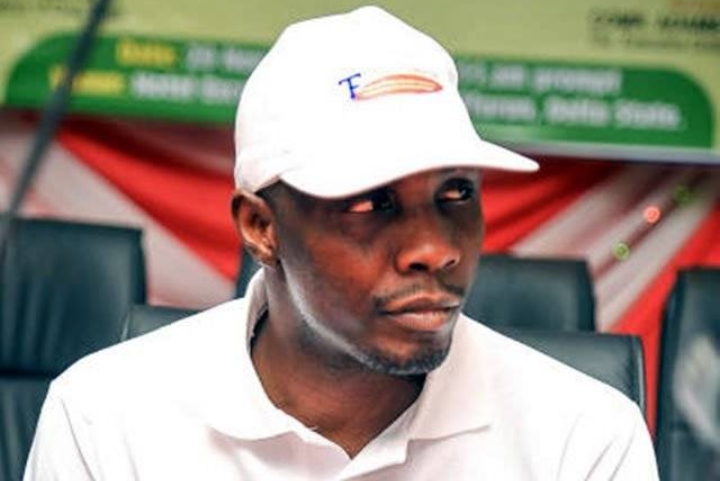 The Ijaw Patriotic League (IPL) has declared support for the Federal Government not to revoke the oil pipeline protection contract awarded to a company in which High Chief Ekpemupolo Tompolo has interest.

The National Coordinator of the IPL, Jasper Eritei described the decision of the Federal Government to engage a former leader of the Movement for the Emancipation of the Niger Delta (MEND) to assist in securing the nation’s outrageously violated pipelines as well thought out and in the public good.

The group noted that it is the responsibility of government to make critical decisions to ensure that the overall interest of the society is protected.

The National Coordinator said in a statement on Friday that the condemnation and protests that have followed the award of the contract to the particular company should alert the Federal Government and indeed the NNPC that the right decision has been made to prevent oil theft in the Niger Delta.

The theft of the nation’s oil resources, according to Eritei, has assumed a startling dimension at a time government is borrowing to run the country and should be rightly tackled just as the Government is doing.

He stressed that the massively wealthy criminals running the multibillion Naira oil theft rings will go through proxies to prevent any serious solution.

He stated further that the attacks on the contract should not surprise the government as oil thieves who have deployed billions of oil Naira on tankers and personnel, to criminally plunder the country’s oil resources will not back off without a fight.

He noted that the orchestrated blackmail is just the first show of desperation by the this deadly oil cabal.

He stressed that with Tompolo’s track record in NIMASS where a company in which he had interest secured the water ways, the People behind the massive sabotage of the Nigerian economy will not be comfortable.

The group wondered why out of five firms that were engaged, only the one by this particular firm is generating condemnation?

He stressed further that the same pipeline protection contract had been handled by firms belonging to a traditional ruler in Delta and his late in-law from Edo State with no protest from any where.

The group noted that in spite of the fact that both companies operated in the Niger Delta, Chief Tompolo neither complained nor interfered in their operations.

The statement commended the position of the NNPC that it has no regrets engaging former leader of the Movement for the Emancipation of the Niger Delta, Government Ekpemupolo, otherwise known as Tompolo, to guard its oil pipeline network.

He said the decision to engage private contractors to fight the menace of oil theft and pipeline vandalism cannot be faulted, and engaging a firm in which Tompolo has interest cannot make it bad.

“We have watched with surprise and indeed consternation the attacks, deliberately put together to blackmail the Federal Government to cancel the pipeline surveillance and protection contract awarded to a firm in which Tompolo has interest.

We believe that the Federal Government and indeed the NNPC have acted positively to promote the common good by embarking on this deliberate master stroke of a step to counter the mind boggling theft of the nation’s disappearing resources.

Logically, those feeding fat on odious money from stolen crude resources will not welcome the Government’s action without a fight. It is expected that they will commit huge resources to sabotage it.

It is on this basis that we call on the Federal Government and the NNPC to be resolute and dismiss this call for cancellation of the contract awarded to Tompolo.

We also commend the NNPC for insisting on doing the right thing and staying with the action in spite of the mostly sponsored attacks on the Government.

We are of the view that the contract promises to be a great leap in the right direction and the Managing Director of the NNPC is right when he declared that the corporation has no regret with the decision.

Finally we call on Tompolo to carry out his promise to reach out to various interest groups in the Niger Delta in the interest of a conducive atmosphere for the company’s critical operations.