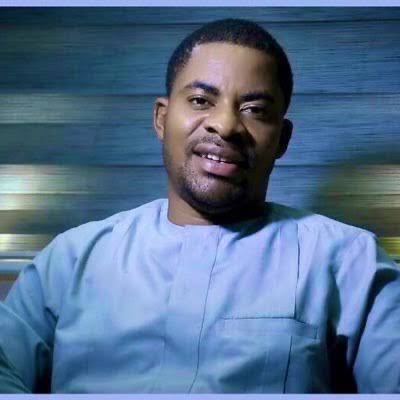 Pro-democracy, good governance and human rights group, Concerned Nigerians has condemned the declaration of Fatwa on its Convener, Deji Adeyanju for calling for the investigation of the Minister of Communication, Sheik Isa Pantami over sympathetic comments on terrorist groups.

Adeyanju had written the US embassy, as well as the Nigerian secret service, SSS, to investigate Pantami and advise President Muhammadu Buhari to sack Pantami.

According to a statement by Theophilus Abu Agada, the Spokesperson of the group, Adeyanju’s calls seem to have irked the followers of Pantami who declared Fatwa on him.

“Concerned Nigerians for the protection of Human Rights and Rule Law initiative condemns in strong terms, the ‘Fatwa’ declared on our Convener, Deji Adeyanju over our group’s petition to American Embassy to investigate allegations of Terrorism and Extremist views against Nigeria’s minister of Communications, Dr. Isa Pantami.

The Minister of Communications has been under fire since the visual and audio clips of some of his teachings resurfaced over a decade later, some of which showed he was sympathetic to Islamic extremist sects like Al-Qaeda and Taliban.

The followers and supporters of the Minister of Communications, Isa Pantami have declared our convener, Deji Adeyanju an ‘Enemy of Islam’, an action capable of endangering his life. They have taken to Facebook, Twitter, WhatsApp and other social media platforms to circulate the picture of our convener with a caption, ‘Enemy of Islam’. We are horrified by their threats to harm our convener for no just cause. This action goes further to show, how dangerous, Isa Pantami and his followers are. We are not surprised by their actions as they are simply following the footsteps of their leader, Dr. Isa Pantami.

We condemn, in the strongest terms, this extremist views and actions of his followers and supporters which are against all human and Islamic norms. The Noble Laws of Islam forbids all forms of attacks on the innocent.

We enjoin All Muslims to be united against all those who terrorize the innocent, and those who permit the killing of non-combatants without a justifiable reason. It is worthy of note that Islam has declared the spilling of blood and the destruction of property as absolute prohibition until the Day of Judgment.

Moreover, we are calling on Dr. Isa Pantami to call his followers he has indoctrinated with his extreme views to order.”