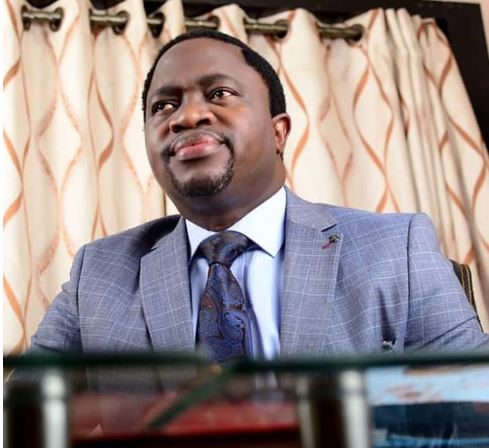 Former Presidential Aspirant, Dr Thomas-Wilson Ikubese has congratulated the Governor of Ondo state, Oluwarotimi Akeredolu of the All Progressive Congress, APC, on his re-election while also hailing the candidates of the People’s Democratic Party and other parties for their remarkable performance and comportment during and after the election.

The Convener, YesWeFit Revolutionary Movement, however, decried what he described as the flagrant inducement of the electorates through vote buying during the election, noting that he sad development meant the country’s democracy still had a long way to go. Dr. Ikubese, in a statement on Monday, condemned party agents as well as some electorates who engaged in vote buying and selling, urging that modalities be implemented to curb the trend.

The YesWeFit Revolutionary convener called for electoral amendment as well as stiff penalties on electoral act violators so as to discourage political office seekers whose aim is not to serve the people button enrich themselves.

According to him, “I congratulate Governor Oluwarotimi Akeredolu, SAN Candidate of the All Progressive Congress on his successful re-election as the governor of Ondo state as declared today by the Independent National Electoral Commmision (INEC).

I also congratulate the first runner-up, my friend and brother Mr Eyitayo Jegede, SAN candidate of the People’s Democratic Party for putting up a solid performance and conducting himself with utmost decorum and civility all through the campaigns.

I must not fail to give kudos to all other gubernatorial candidates, including the second runner-up, Mr Agboola Ajayi candidate of the Zenith Labour Party, as their participation in the process has contributed to deepening our democracy.

Unfortunately however, what transpired yesterday during the gubernatorial election across virtually all the polling units in Ondo state leaves much to be desired, as monies were being shared covertly to voters, to induce them to vote for the inducing parties, while security agents looked away, and electorates negotiated with the political parties before casting their ballots for the highest bidder!

This unfortunate incident goes to confirm that the desperation of our politicians to occupy public office is because of what they stand to amass for themselves, their cronies and members of their families, and not necessarily because they want to SERVE the people selflessly.

If the motive is service, why would anyone bribe you to be your servant?

Our political class over the years have deliberately crippled the system and impoverished the people so that the electorates will jump at whatever peanuts they are offered to do their biddings on election day.

I hereby call on Nigerians to henceforth reject any political party that offers them money at the polling units, as this indicates that such a political party is out to loot and not to serve.

I call on President Muhammadu Buhari to urgently sign the amended electoral act into law in order to promote peace and give credibility to our electoral process.

I call on the National Assembly to pass a bill wherein political office holders will earn monthly remunerations in line with civil servant salary scale, devoid of the current mega million naira allowances and cause the income and expenditure of government at all levels to be published monthly as public documents.

The National Assembly should also pass a bill wherein political office holders who are charged for corruption will have their cases concluded and judgement delivered within six months, while penalty for established cases of corruption will be life imprisonment without an option of fine.

This way, only persons who are genuinely interested in rendering selfless service will run for political office and the desperation to win at all cost as reflected in monetary inducement at polling units will become a thing of the past.

I call on Governor Oluwarotimi Akeredolu, SAN to be magnanimous in victory and reach out across board, with the view of aggregating the various developmental ideologies as canvassed during the gubernatorial debates for the betterment of the good people of Ondo State.

I herein wish to appeal to persons whose age-long friendships have been bruised as a result of aligning with different political camps during the gubernatorial campaigns, to pick up their phones right away, call their friends and restore their relationships without much ado in the spirit of sportsmanship.

Finally, I appeal to all Nigerians of good will not to give up on the country as this election has shown that we still have a long way to go in realising the Nigeria of our dreams

A New Nigeria is possible.

Together we can, Yes We Fit!”