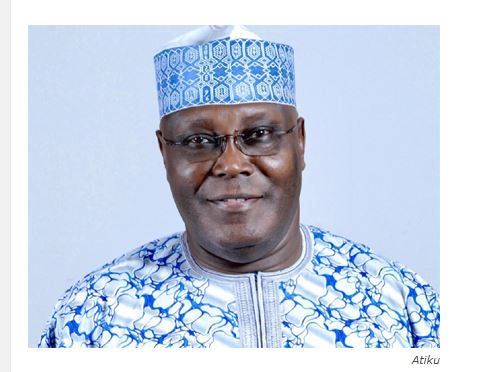 National President, PDP National Dialogue Initiative, Odiase Ewere, has described as regrettable, sponsored and ill-considered, the call by an alleged youth group under the aegis of PDP Action 2023, that the former Vice President of Nigeria, Atiku Abubakar should step aside for younger generation in the 2023 Presidential contest.

Odiase, in a rejoinder, Friday, said the group’s call for Atiku to step aside for youths on ground of his age is a testimony that they lack understanding of the required Social, political, emotional intellect and macro-economic aptitude required to govern a country as diverse as Nigeria.

In the said report, the chairman of the youth group, Hon. Rufus Omeire, said Atiku should rather play an advisory role like the Chairman of party’s Board of Trustees.

“We think that time has come for Alhaji Atiku Abubakar to step aside and allow others, preferably the younger generation, to step forward. He can be asked to take the position of the Chairman, PDP Board of Trustees where he will play an advisory role to younger politicians, as an elder statesman.”

However, responding to him, Odiase Ewere said history is replete with disastrous government regimes led by the youth whom he said, lack the needed experience to govern properly.

He also said that the former vice president has been very instrumental to the peaceful resolutions which the PDP has ever and still enjoys today even though Atiku does not make public his efforts in resolving conflicts in the party.

The statement reads thus:
“Our attention has been drawn to the ill-considered, and undigested statement by a purported Youth Group now going by the appellation, PDP ACTION 2023.

The unpatriotic standpoint of the authors is to say the least, regrettable, considering that the sole yardstick for national leadership as advanced by the youth group is chronological age of candidates seeking to serve Nigeria as President.

The sponsored condemnation of the eligibility of HE Atiku Abubakar on ground of his age, is a testimony that the group has very little understanding (putting it mildly) of the required Social, political, emotional intellect and macro-economic aptitude required to govern a country as diverse as Nigeria.

The claim of youth as the sole criterion for efficient national leadership is simply not backed by any scientific data and history is replete with disastrous regimes led by youthful drive alone. Winston Churchill, born 30 November 1874 was Prime Minister of United Kingdom even in his very late 70’s. Ronald Reagan, known for his successful economic style and international stature in global politics leading to the end of the cold war is also another example of outstanding national leadership unhindered by chronological age.

It is therefore preposterous to suggest that HE Atiku Abubakar should be deprived of eligibility to serve on ground of his current age.

We are all living witnesses to the robust positions taken by HE Abubakar on national issues since 2019. They are very much available in the public domain, thus, recounting them is of no moment. Suffice it to say that public marches and placard parades are not the only medium to demonstrate opinion.

What is the meaning of abandonment after election. What does the author even mean by silence in the midst of PDP crisis. Wise men don’t escalate disputes but take all necessary steps to douse tension and their efforts may be sabotaged by ill-advised disclosure.

The PDP has put its house in order. The storm is over. We would not allow faceless groups sow seeds of discord. What we want to present to the world is our best, irrespective of age, religion or region. Identity politics and politics of exclusion has done enough damage to our psyche. The PDP’s politics is about inclusion, not exclusion. We are 100% for 100% of Nigerians, 100% of the time. We advise our friends with a new found action to sheath their swords and tow the path of reason.”