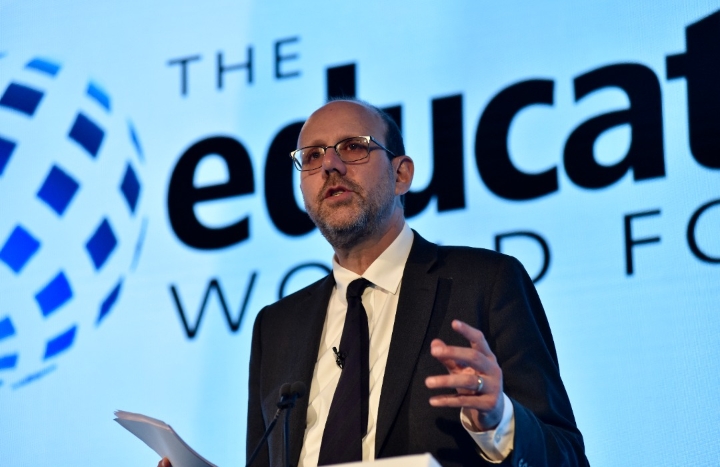 Nobel Prize-winning economist Professor Michael Kremer, has confirmed among the largest learning gains measured in schools by a major study in Africa, including Nigeria.

The study findings were announced in a speech by the Nobel Prize-winning economist to African Heads of State and Education Ministers, including Nigerian UBEC and SUBEB leaders at the Education World Forum in London themed ‘Education: building forward together; stronger, bolder, better.’

The study finds that if replicated at scale across public education systems, the gains would be enough to put African children from underserved communities on track to match their peers in countries with incomes three or four times higher.

For early childhood development (ECD) – typically 3 and 5 year olds – children gain nearly an additional year and half of learning; learning in two years what students in other schools learn in three and a half years.

In the words of the study:

“The learning gains in the study are among the largest in the international education literature.”

The study also finds children taught using NewGlobe’s methods are more than three times more likely to be able to read at age seven than their peers in other schools. The World Bank estimates that 90% of 10 year-olds in Sub-Saharan Africa do not reach this benchmark.

Students starting with the lowest learning levels gained the most, with girls making the same leap in learning as boys. It contrasts with research which shows girls in Sub-Saharan Africa are consistently disadvantaged in learning.

The results are a resounding affirmation of NewGlobe’s integrated learning system across Africa, including Nigeria, and South Asia supporting more than a million children in schools and increasing every year.

The two-year study is the result of a large-scale randomized control trial (RCT), including more than 10,000 students from low socioeconomic backgrounds.

The study is the largest of its kind in Africa.

The results are by far the most authoritative on the use of the model pioneered by NewGlobe, which includes individual – and ongoing – training and coaching for all teachers, use of a digital learning platform with real time data analysis; teaching guides grounded in scientifically-based pedagogy; and a 360 support system. 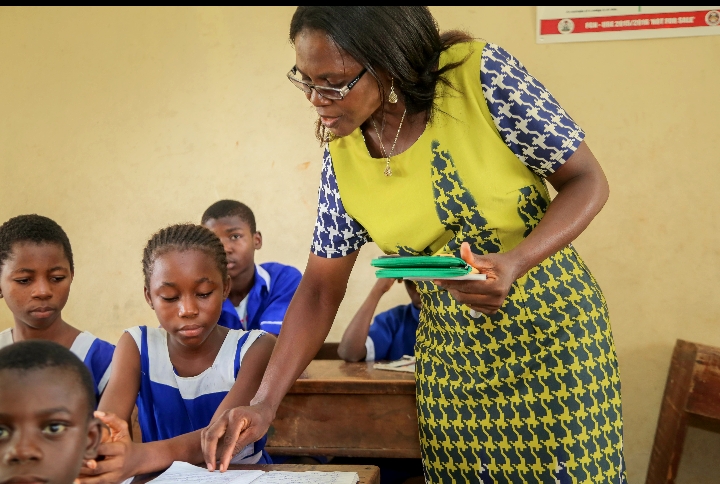 ““The effects in this study are among the largest in the international education literature, particularly for a program that was already operating at scale.

“This study shows that attending schools delivering highly standardized education has the potential to produce dramatic learning gains at scale, suggesting that policymakers may wish to explore incorporation of standardization, including standardized lesson plans and teacher feedback and monitoring, in their own systems.”

Professor Isaac Mbiti of the University of Virginia and a co-author of the study said:

“Overall, attending NewGlobe has a large effect on academic knowledge across a range of subjects.

Detailed lesson plans can help ensure that best practices are being followed in the classroom and can promote real-time monitoring and feedback about teachers and lesson plans.

“This study illustrates the promise of alternative models of education in improving the effectiveness of primary and pre-primary schools in developing countries.”

“Tackling learning poverty is an urgent challenge of our generation, especially as we approach the election season in Nigeria. Those aspiring for leadership positions should know that innovative education solutions that are proven to be effective at scale will define the prosperity, growth and security of our global future. They should make it part of their plans/policies.

“NewGlobe is delighted that an independent study of this size, led by a Nobel-prize winning economist, has found such unequivocal evidence of the unrivaled learning gains NewGlobe’s holistic approach to teaching and learning deliver.”

She added that “the data-driven scientific learning techniques that underpin this study are the blueprint for those used in all schools NewGlobe supports in Edo, Lagos and Kwara States. It shows that it is possible to deliver radical and immediate change for generations of children and that poverty isn’t destiny for individuals or nations.

“NewGlobe is well-positioned to support Nigerian state governments to achieve improved learning outcomes in national education systems and employ new techniques and methodologies that have been proven to yield better results for their children.

The methodology in the study by the Nobel prize winner has been deployed with significant success by Government leaders  in public education systems across Nigeria.

In Edo State’s Edo Basic Education Sector Transformation (EdoBEST) program in Nigeria, results indicated students had the equivalent of 54% more schooling in English and 71% more schooling in math, learning in one term than what would have normally been learnt in 1 year.

In Lagos State’s Excellence in Child Education and Learning (EKOEXCEL) program, students advanced in numeracy twice as fast and in literacy three times as fast as their peers.

“We are determined to transform the education sector and properly direct the state’s resources to develop human capacity.The saving grace for our country is education and not just sending children to school but having basic, qualitative and foundational education. Once you get basic education right everything else falls into place.

With the support of our technical partners [NewGlobe] on teaching and learning, we applied technology to re-engineer the entire cycle of delivery and accountability while redesigning teacher support, welfare and training to foster success in the classroom.”

“I usually acknowledge Governor Obaseki because I copied something that he introduced during his first tenure and which is working in Lagos, education.  He started EDOBEST, and he brought NewGlobe, an e-learning solution provider for basic education.

“You don’t need to go to another country to copy what is working well in our country already. He brought the initiative, and we said we also need to start with basic education.

“We have copied that from Edo; it’s working well in Lagos, and we’ll scale it up.”

“KwaraLEARN represents our vision for a stronger and more prosperous Kwara.Our flagship education programme takes the baton from pre-existing transformation programmes in Lagos and Edo States, both of which are local solutions already delivering value. We have understudied and have now made it fit for our own system here in Kwara.This is a lifetime investment that empowers teachers and gives public school pupils the best shot at 21st century education with reverberating effects on learning outcomes and the future of the state.”