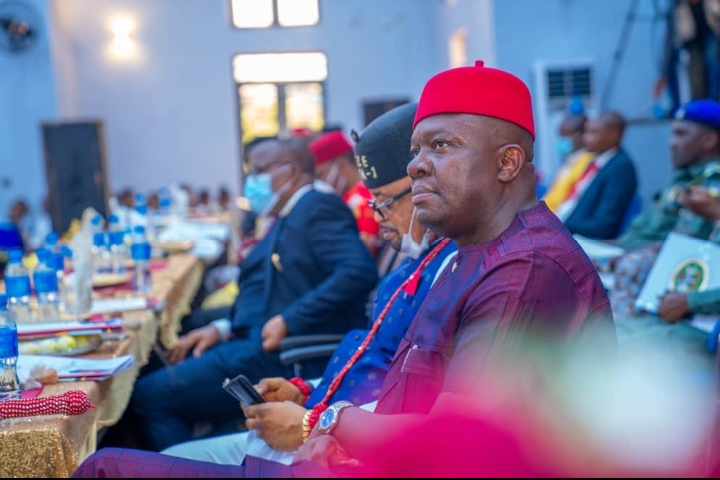 Nigerian business mogul Valentine Ozigbo, the flag-bearer of the Peoples Democratic Party (PDP) in the November governorship election in Anambra State, has extolled the leadership qualities of the first indigenous Governor-General and President of Nigeria, the late Dr Nnamdi Azikiwe.

While speaking to journalists after the combined 9th and 10th Zik Lecture Series hosted by Senator Ben Ndi Obi on Tuesday, November 16, 2021, Mr Ozigbo declared the late Azikwe as an enduring example of a generational leader whose “legend remains unmatched” decades after his death.

“Zik of Africa embodied what we would expect in an authentic leader, and I am glad that his tall legend lives on,” Ozigbo, the immediate past President and Group CEO of Transcorp Plc, said. 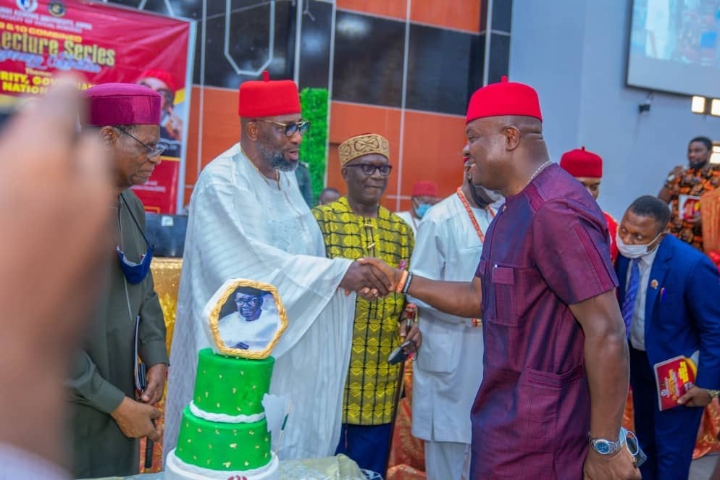 “In every sense, Dr Azikiwe was a generational thinker and inspiring leader, and he continues to influence new generations more than two decades after he passed away.

“While he was alive, Zik lived for humanity, and his entire life was driven by serve and the greater good of all. A true humanitarian, he set a standard for investment in the future by prioritising the education of those who came after him.

“Zik is a true legend, and it is almost impossible to speak of him as if he is gone because his impact is still being felt. He is one of those who inspired me to public service.

“It is disappointing that with a forerunner like Zik of Africa, we would suffer this untold level of leadership deficit. The urgent question before Nigeria, and the Igbo nation especially is, ‘Who is the next Zik?’

“If our leaders were half of what Zik was, we would have had a better society. We must do better,” Ozigbo, who has just made an impressive showing at his first attempt at running for public office by coming second in the keenly contested Anambra governorship election, said.

Ozigbo commended Senator Ben Obi, a stalwart of the PDP who is a member of the Board of Trustees of the party, declaring that sustaining the annual lecture in honour of Zik, Obi’s mentor, is “an act of selflessness and love that will be rewarded”.

An Igbo who hailed from Anambra State, Dr Azikiwe was born on November 16, 1904, and passed away twenty-five years ago. He was one of Nigeria’s founding fathers and one of the most prominent advocates for African nationalism.

Governor Kayode Fayemi, the governor of Ekiti State, gave the keynote address at the lecture, which was themed “Security, Governance and Nation Building” and held at Nnamdi Azikwe University, Awka, while Governor Dave Umahi, the governor of Ebonyi State, who was represented by his deputy, Dr Kelechi Igwe, chaired the occasion.

Ozigbo was a special guest at the event, which had the widow of the late icon, Professor Uche Azikiwe and his son, Mr Uwakwe Azikiwe. Other dignitaries at the event were His Royal Majesty, Igwe Alfred Achebe, the Obi of Onitsha; His Royal Highness, Igwe Kris Onyekwuluje of Umunya; Senator Uche Ekwunife, representing Anambra Central; Chief Raymond Dokpesi, the founding chairman of DAAR Communications; Prof Solo Chukwulobelu, the secretary of the Anambra State Government who represented Governor Willie Obiano; Prof Simon Ortuanya, the secretary of the Enugu State Government who represented Governor Ifeanyi Ugwuanyi; Chief S. N. Okeke; Chief Damian Okeke, the Vice President of Ohaneze Ndigbo, and Amb. Okey Emuchay, the Secretary of Ohaneze Ndigbo.