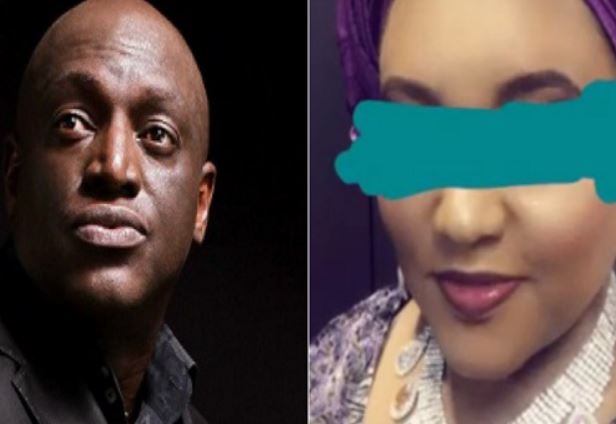 Gospel artiste Sammie Okposo on Tuesday morning confessed to cheating on his wife, Ozioma, with an American citizen simply known as African Doll.

The US citizen, who is based in Houston, Texas, opened up on her affair with the gospel singer.

She said she never knew he was married until they got far with the amorous affairs.

African Doll, in her claims, accused Sammie Okposo of impregnating, disrespecting and dumping her.

In her exclusive interview with YouTuber, Obodo Oyinbo TV, African Doll accused Okposo of putting her in a family way and leaving her to her fate.

African Doll also alleged that when she informed Okposo about the pregnancy, he told her to do the needful and get rid of it.

The Christian singer who made the confession on his Instagram page also urged Nigerians to pray for him.

He narrated that he committed adultery with another woman when he travelled to the United States in late 2021.

Okposo, in a lengthy post on Tuesday, said he had suspended himself from all ministry work until full restoration as he sought forgiveness from God.

He wrote, “On my recent trip to the USA (late 2021), I got intimately involved with a lady, knowing that this was not appropriate as a married man and a minister of the gospel, I am ashamed and regret my actions as it has caused a lot of pain to my dear wife, Ozioma, my family and I.

“As I work in making peace with God, repenting and asking His forgiveness, I am suspending myself from all ministry work until full restoration as this is what is proper and what I know I owe God and His people.”

In his apology, he begged for pardon of his wife, fans, fathers and mothers of the faith, ministers of the gospel and everyone he had disappointed and embarrassed.

“To my wife, Ozioma, I am sincerely sorry. Your forgiveness of my moral failure and poor judgment is important to me.”

He, therefore, prayed that he would eventually build back the trust and confidence every single day forth.