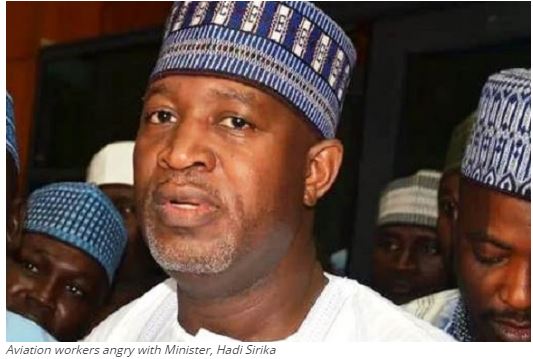 Diplomatic relatioship amongst countries in the world is purposely built to ensure inter Soverign States ties, corporation and harmony to achieve investment plans, corporate policies, security and medical aids of the member States.

It is an inter connectivity of social -political rapport where two or more States maintain mutual corporation and harmony.

This level of cordiallity and peaceful co existence have been flourishing between Nigeria and the United Arab Emirates( UAE) until recently the Nigeria Aviation Minister, Hadi Siriki s personal frailites and negligence erupted to truncate it.

Recall that the kastina born Aviation Minister on his personal sentiment decided to replace the Emirates Airlines with Qatari Airs in the two nations inter governmental air services engagment which is now stoking the fire of crushing their diplomatic marriage.

We all know the level of Investments Nigerians have in the said Middle East country and several millions of Nigeria businessmen and women are on daily basis patronizing the Dubai in the importation of goods and services .

There is no much stake of the government of this very country here in Nigeria and if this ugly trend is allowed to continue , it will likely affect Nigerians who have a lot to loose in the entire scenario.

Today, UAE has given a Nigeria flag carrier airline” Air Peace” six slots to be landing in Dubai instead of the usual Sharjah and if this rift created by the Minister s meddlesomeness is not checkmated might lead to cancellation of this operations window given to Air Peace not only in Dubai but in the entire 7 regions of the Middle East Country.

In the first place, the truth remains that there is no tangible reason why this diplomatic loggerheads should arise if not the selfishness of the Nigeria Aviation Minister who has been bent on withdrawing Emirates Airline services in order to succeed his personally hatched plans .

It is unfair for him to be sowing seeds of discord between the two countries when there is truly nothing that warrants it. Morever , it is highly uncalled for to allow one s personal interest to take the place of the common interest of other citizens.

It is never done anywhere and i think it is time to for Mr President to intervene by either subjecting the Minister to a probe or automatically relieve him of his appointment so that Nigeria can move forward in this dimension.

Mr. Hadi’ s ambitions to run for the governorship position in Kastina State is a good one but that should never be used as a yardstick to ruin our Country s cordial relationship with UAE.

If this is allowed to happen, it amounts to dragging Nigeria to the mud and we have had enough of monumental socio political challenges in the time being.

Without missing a word, we uneqivocally reiterate that the Minister be dismissed and probed so that Nigeria will continue to tango in her diplomatic affinity with the United Arab Emirates.

This is really a manifestation of a leadership bereft of capacity where services delivery is to the detriment of the governed but fruitful to the individual public servant in question.

This sort of action displayed in public sector administration not only retards economic stability of a nation but goes a long way in engraving her potential industrial growth in darkness.

Global Initiatives For Good Governance on the path of speedy advocacy for accountability calls for immediate probes of Mr. Siriki using comprehesive diplomatic information gathering from UAE end to “let the cat out of the bag” the smartness the Hon. Minister has been scheming.

Everyday Nigeria is facing economic crisis is not because our resources are not generating incomes rather it is always the inept self aggrandizement and avarice of most public officials and we hereby demand that this anomaly and rascality be resisted.

In conclusion, we call for urgent intervention of Mr President to avoid out of sheer negligence use our own hands to scatter what we have already gathered.

Nigeria cannot afford to dangle into unnecessary diplomatic and political disarray with UAE as a result of one man s character indecency and selfishness.

This country belongs to us all and nobody has the right to horse trade her against the will of others.

What makes a government creditably achieve her objectives and score excellently in the eyes of the governed is when the windows of sentiment and nepotism are totally closed to enable the doors of accountability, due process and good service delivery open.

Only Atiku is prepared, ready for president – Reno Omokri 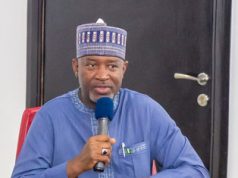 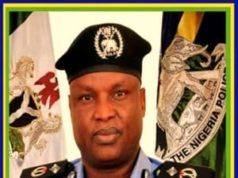 COUNT DOWN TO ANAMBRA STATE GOVERNORSHIP ELECTION: VALENTINE CHINETO OZIGBO AND THE PEOPLE DEMOCRATIC PARTY, ON THE WAY

We Must Expose This Jonathanian Myth Once and For All

What Would Life Be As a Minority in Kanu’s Biafra? – Reno Omokri 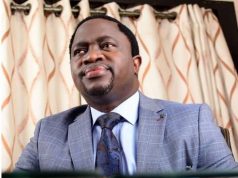 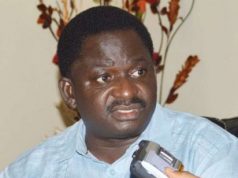 They should let us breathe, by Femi Adesina