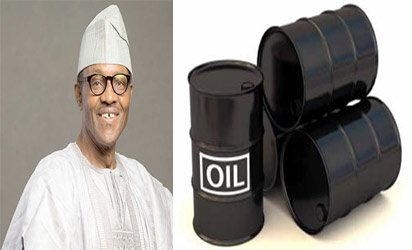 The Niger Delta Agitators for Good Governance has cautioned a group which called itself Coalition of APC Youth Leaders and Beneficiaries of the Presidential Amnesty Programme, PAP, against blackmailing the President and the leadership of the Amnesty Office for selfish motives.

The National Coordinator of the Group, Chief Moses Bebenimibo said, in a statement on Thursday, that the Niger Delta agitators who embraced amnesty are not divided along party lines.

He cautioned against using the platform of agitators to blackmail authorities with intent to score needless political goals and targeted pecuniary benefits.

He described the statement credited to the amorphous group as a brazen and unconscionable attempt to cause avoidable division in the rank of Niger Delta people involved in the agitation for fairness in resource allocation and good governance in the country.

Bebenimibo said that true agitators who are motivated by patriotism and the genuine interest of the Niger Delta would not draw a line between APC Niger Deltans and PDP Niger Deltans.

He also called on the Federal Government to discountenance the call by those he described as some ‘merchants of mischief’ to sack the Amnesty Boss for allegedly engaging non APC members in the office.

He said that “the crude sentiments expressed by the group of self styled Coalition òf APC ex-agitators, which called on the Federal Government to make APC membership as a condition for engagement in the Amnesty Office, is condemnable and indeed a recipe for division and avoidable unrest.”

Bebenimibo commended President Muhammadu Buhari for the appointment of an Ijaw son as the Interim Administrator of the Presidential Amnesty Programme.

The activist who also thanked the National Security Adviser, Major Gen Babagana Monguno, for recommending Col Dikio, urged the President to give him the free hand to take the requisite steps to reposition the PAP.

According to him, the culture of impunity and diversion of the objectives of the PAP would continue unless Dikio embarks on tough, deliberate and decisive steps to enthrone sanity in the agency.

Bebenimibo advised the Amnesty Boss to be focused and strong to be able to ward off the traditional blackmail responsible largely for the sorry story of impunity, waste, corruption in the Amnesty Offuce.

He advised ex agitators and stakeholders to exhibit maturity and patience with the new Amnesty Boss as he embarks in the calculated steps to reposition the office to make it effectively responsive to the beneficiaries, the region and the country.