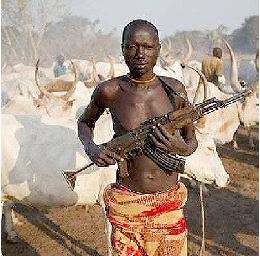 The National Broadcasting Commission, NBC, has warned all radio and Television stations in Nigeria to stop broadcasting news about the quit notices issued to killer Fulanis Herdsmen in some quarters of the country, especially the South-West region.

This is coming on the heels of the quit notices issued by the South-West governors to Fulanis Herdsmen who have been killing indigenes of the region, aping their women, kidnapping victims for huge ransoms and destroying their farm lands and properties worth billions of naira.

Recall that there have been calls from almost across the country, except from the north, for the Herdsmen to adopt ranching instead of roaming about with their cattle and destroying people’s farm lands. Killer Fulani Herdsmen have been perpetrating heinous acts against any and every host community they come into, leaving the people in constant fright and anxiety.

However, despite their murderous acts, both the presidency and the security agencies have always come to their aids against the communities, sometimes even defending and giving them  protection.

Recently, amidst their dastardly acts in the South-West region of Nigeria, the people issued quit notices to the Herdsmen to vacate the South-West. This, of course, did not go without the Federal Government coming against the South-West, all in defense of the Herdsmen. The Senior Special Adviser to President Muhammadu Buhari on Media and Publicity, Mallam Garba Shehu had issued a statement against the Ondo state Governor, Rotimi Akeredolu for issuing a seven days ultimatum to killer Fulanis Herdsmen inhabitating the state’s for st reserves, a place the Herdsmen turned to their den for perpetrating heinous crimes of destruction of the people’s properties, killings, kidnap and raping of their women.

The warning is stated in a letter titled, ‘Broadcast of Crisis Involving Herdsmen, Caution’, dated January 26, 2021, sent to broadcasters nationwide.

The NBC, which is the regulator of the broadcast media, said there was a need for stations to maintain professionalism.

The letter read in part, “The National Broadcasting Commission wishes to bring to your attention emerging trends of national concern like the herdsmen crisis in Ondo and Oyo states and related issues which could spiral out of proportion if not properly handled.

“The commission therefore seizes this opportunity to admonish broadcasters on the need to exhibit professionalism and observe required caution in the coverage and presentation of the quit notice to herdsmen and related issues.”

The NBC reminded broadcasters of the rules governing coverage of crisis as well as the constitutional need to not only promote and protect the corporate existence of the country but the economic well-being of the Nigerian state.

Part of the section reads, “(Broadcasters) shall not transmit divisive materials that may threaten or compromise the divisibility and indissolubility of Nigeria as a sovereign state.

“In reporting conflict situations, the broadcaster shall perform the role of a peace agent by adhering to the principle of responsibility, accuracy and neutrality.”

A report on Punch, says that the NBC has in recent time come under fire for its stiff regulations which civil society groups say are at variance with democratic norms.

The commission had in October fined Channels Television, Arise TV and AIT for the manner with which it covered the #EndSARS protests.