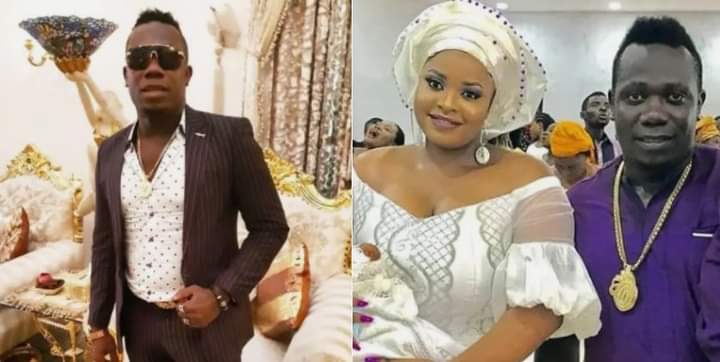 My wife, family planning to poison me over properties – Duncan Mighty
Popular singer, Duncan Mighty, has taken to his social media to raise the alarm that his wife and her family were conniving to poison him in order to take over his property.

In a lengthy post on his verified Instagram account, the self-acclaimed Port Harcourt First Son stated that his wife, Vivian, confessed that she connived with her mother and siblings to procure voodoo charms to harm him.
He further stated that he had evidence of her confession.

Part of his post read, “It was a day like no other, we had mad fun then we slept. By 1:40 am, while I was asleep, I was hearing Vivian’s voice, panting like someone who is at gunpoint. I stood up and held her asking her what exactly is going on; she was still shaking with too much fear. I asked her if it was a nightmare, she said no. I asked her again, is there something about you which I don’t know? She said hmmm! What about me? Is there not also something about you which I don’t know?

“I replied, let me go straight to the point… but she quickly said, let me talk before you. I agreed. She started first by saying, on several occasions in her family house, they always talk about my too many properties and investments at this young age, most especially being an only child; imagine if anything happens to me, that they choose by themselves the property to inherit, most especially her elder sister Maria Nwakanma (sic).

Duncan Mighty went on to reveal that his wife and members of her family took it farther by consulting native doctors, who directed them on what to do and how to do it.

He added that his wife confessed to being given liquid substances which she was supposed to put in his food and bathing water.
The singer revealed that his wife confessed at the point she wanted to cut his toe and fingernails; a part of the requirements by the native doctors they had consulted.
Duncan Mighty said immediately his wife finished confessing, she regained her senses and realized he was recording the whole incident, which made her angry.
He added, “It was already morning; she left the room, ran straight to her car and drove off speedily.”

However, when The PUNCH reached out to the singer’s mother-in-law, Charity Nwakanma, via the telephone, Duncan Mighty shared on his page, she spoke on behalf of her family members and stated that the singer’s allegation was false.

She said, “If someone should call you a pig, will you answer? No. That is because it is not your name. So, what he wrote does not have anything to do with me or my children. All those things he wrote about me or my children, I cannot say anything concerning it because that is not what we did. I do not know what he is saying. If you look clearly and read what he wrote, you will know that it says a lot about him and not about me and my children.

“If you go through what he wrote, read through it carefully and ask the Holy Spirit to reveal what he is writing and explain it to you, then you will know what the truth is.”
When asked if there was any marital crisis between the singer and his wife that triggered the post, she said, “You should ask him. With everything that he wrote, maybe he can explain more to you. I am not surprised by what he did.”