The battle for a greater data market share among Telcos in Nigeria continues to heighten, as Nigeria’s largest mobile telecommunication company, MTN, led the pack, second month in a row. Operators in the industry showed no signs of relenting on their efforts to outsmart each other for market share in the industry.

According to data released by the Nigerian Communication Commission (NCC), 1.88 million internet subscribers dumped Glo and 9mobile in November 2019 in favour of MTN and Airtel, two of Nigeria’s largest data sellers.

From the previous report, MTN edged out Airtel for the first time in 5 months. In a similar fashion, MTN appears to be winning the data war again, as the telecom company gained 850,285 internet subscribers in November 2019.

MTN now has a total of 53.01 million subscribers compared to 52.16 million subscribers in the previous month.
Airtel, which had been the leading gainers’ table in recent months, recorded another drop. Though it continues to witness additional internet subscribers on a month-on-month basis, the Telco has lost its top table rank.

In terms of market share, Airtel continues to trail MTN as the latter expands its market share. While Airtel has significantly gained subscribers this year, it has remained behind MTN in terms of total internet subscriber base.

On the other hand, Airtel’s number of subscribers rose to 49.65 million from 49.08 million recorded in the previous month.

Following the big drop recorded by both Glo and 9mobile, the number of internet subscribers across GSM networks has dropped to 122.4 million from 123.2 million recorded in the previous month.

Telcos jostle for subscribers but Nigerians are not impressed

While GSM companies continue to jostle for market share, it has often come at the expense of poor service and lack of accountability. Quite frankly, as an average internet user in Nigeria, one is usually left at the mercy of poor mobile internet services which frustrates one to seek limited alternatives.

Nigeria’s internet download speed remains among the slowest in the world, and while the telcos continue to rake in heavy gains from data sales, consumers continue to groan for lack of fast and affordable internet services.

While reporting, random subscribers’ opinions to determine recent developments during the month showed the following.

A 9mobile user stated, “I have resolved to drop my 9mobile line. Honestly, it appears I don’t understand what is wrong with the network anymore. My data bundle burns out very quickly in a matter of days even without any download.”

According to an MTN user, “MTN internet service is fast as always, but the data burns out quickly. Although my current data bundle seems to last longer right now, this is quite unusual.”

To an Airtel user, “Airtel data is fast and I am enjoying it. I switched from Globacom due to bad network in recent times, although, Airtel data bundle has been burning out quickly lately.” 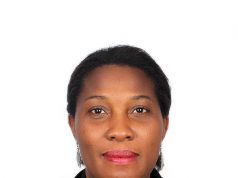