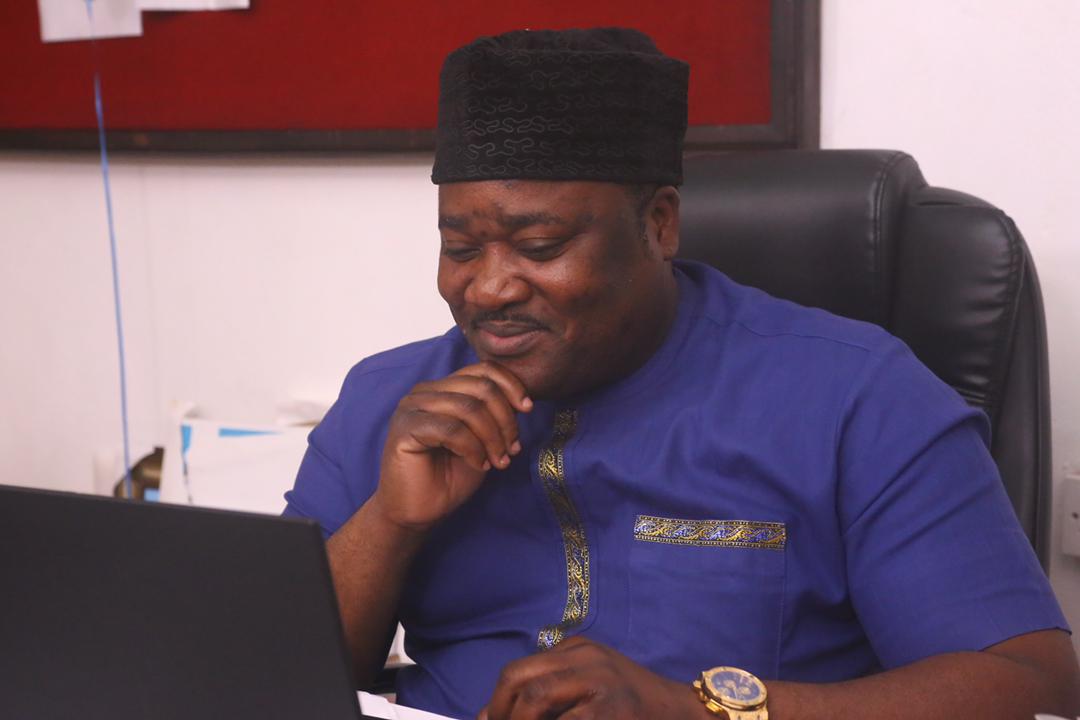 EKOEXCEL, a flagship basic education transformation programme, enacted by Governor Babajide Sanwo-Olu some time in 2019, has gained international recognition in less than two years of progression, which coincides with the Governors’ two years in office campaign “what has Sanwo-Olu don sef”.

According to Sanwo-Olu, “In the last couple of years, we have built strong foundations and this fiscal year, we increased our budget on education from eight to twelve per cent. We invested in curriculum development through EKOEXCEL to change the learning outcomes from our schools.”

The programmes’ achievements were recognized by The Mobiles for Education (mEducation) Alliance, an international non-profit organization focused on the evidence-driven and sustainable role of technology in education to advance quality educational outcomes.

EKOEXCEL was invited to participate as a presenter at their 2021 mEducation Alliance Symposium a 3-day programme that ran from the 27th – 30th of September, 2021 that had a general theme of “EdTech for Accelerating Foundational Literacy and Numeracy in Low-Resource Contexts”. Global policy makers, donors, practitioners, researchers, and other EdTech entrepreneurs were also in attendance representing 38 countries who showcased their work in a variety of participatory formats including gallery walks, lightning talks, panels, plenary sessions, virtual exhibits.

Permanent Board Member of LASUBEB and oversight chairman of the EKOEXCEL programme, Hon. Adebayo Adefuye represented EKOEXCEL as a discussant in the Ministry of Education (MoE) interactive session which was moderated by UNICEF’s Juan Giraldo. Other discussants in the session were, John Kimotho, Head of Educational Media Directorate, Kenya Institute of Curriculum Development and Dr. Waleed Al Ali, General Coordinator, Digital School Initiative at MBRGI (UAE).

Speaking during the session, Adefuye said, “We first used 300 EKOEXCEL schools as a baseline and the results were staggering, even in the first eight weeks. In terms of literacy, learning was three times faster and in numeracy two times faster than schools that were not in EKOEXCEL”.

In response to how technology was deployed  during the COVID-19 school shutdown, Hon. Adefuye gave insight on the adaptation of the EKOEXCEL@home initiative, which was developed to cushion the effect of the pandemic on Lagos State Public primary school pupils as well as  ensure that continued access to learning remained undisturbed. The @home programme consisted of self-study activity packets, learning guides, interactive audio sessions, zoom classes, WhatsApp quizzes as well as the distribution of 450,000 mp3s with pre-recorded lessons.

Adefuye further shed light on EKOEXCEL’s engagement and training of teachers, partnerships with the private sector and what the programme hopes to accomplish in the next two years. He explained that “we train the teachers and give them constant support and even after the in-person training; we continually coach them, even in the classrooms. We have coaches and mentors of our learning development and supervisors who visit them in the classrooms, observe them and continue to mentor them until they attain that world-class level”.

On partnering with the private sector, Adefuye stated that “Nigeria is one of the largest economies in Africa in terms of GDP, is number one, Lagos state, even as a state, ranks above the first five economies in Africa. So it only makes sense that we have a lot of foreign investors and people wanting to do business here in Lagos now”.

He also went on to explain that Lagos state partnered with a private sector technical partner called New Globe, “New Globe has brought scientifically based pedagogy, which is digitally distributed and monitored in real time. We also have data driven teacher development. And also, we monitor our schools now, in real time because of that private sector partnership”.

Furthermore, he described Governor Sanwo-Olu as a man of vision who wants the best for the public sector, so that less privileged children can have the same opportunities as their counterparts in good private schools. Delving into the tech aspect of the EKOEXCEL programme, Adefuye said “So we now monitor our schools, they are online. We can at the push of a button, we know what’s happening in our schools. We have all the information with us. We make data driven policy choices, even in terms of investigation by our quality assurance, they have data driven information to enhance investigations”.

According to Adefuye, “every single school within Lagos state is geolocated and so we designed a situation room that has interactive monitors with our learning and development and quality assurance officers and one or two members of the school support there.”

“Their responsibilities are to monitor what is going on in our schools via the dashboard and take calls from dedicated lines to address issues made.”

“We also have a crisis response unit, that is at the command of the (LASUBEB) Chairman, even to the furthest parts of the state, they are there within an hour, to ensure that there are no problems or issues especially with learning, the children or abuse”.