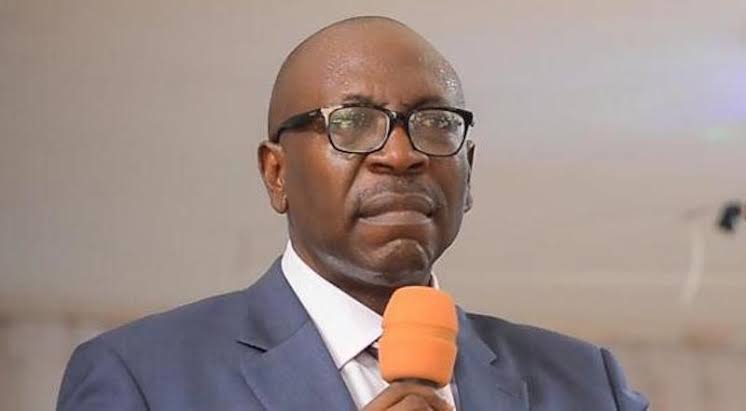 The members of Osagie Ize-Iyamu’s family have rejected his candidacy, and have thrown their weight behind Governor Godwin Obaseki’s re-election.

Mr Osazee Ize-Iyamu, who spoke on behalf of the family in Benin City on Saturday, noted that “Pastor Osagie Ize-Iyamu, has too much baggage that compromise his candidacy for the gubernatorial election.”

He added: “The last three years and eight months are sufficient proof that Obaseki is the right man for the job. The family is not sentimental about their decision. We are unanimous about this and Obaseki is our preferred candidate at this time. Ize-Iyamu, compared to the technocrat governor, is no match, by any standards.”

Mr Osazee further said: “Obaseki has fixed roads that lead to our houses without asking questions about the people who live in such neighborhoods. Our public schools are looking better than private schools in Edo State and we have not had a single strike by workers in the state under Obaseki.

“More importantly, members of the Ize-Iyamu family who are retirees have been receiving their monthly pension without stress under Obaseki.

These are things we did not enjoy when Osagie Ize-Iyamu was chief of staff and secretary to the state government.”