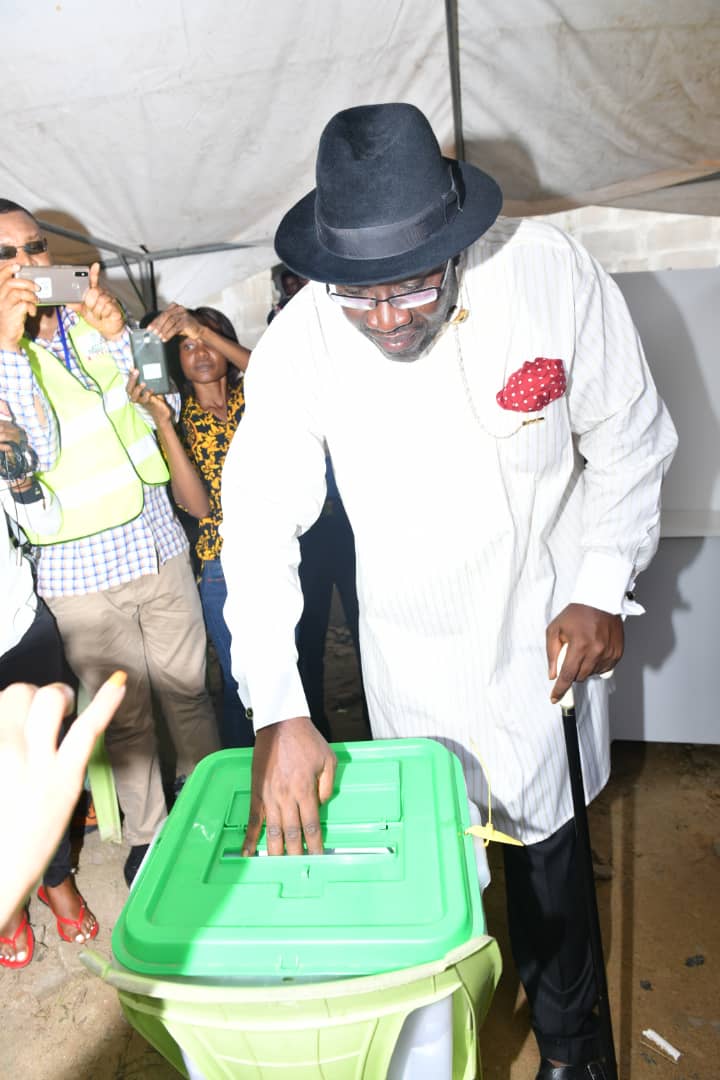 The immediate past Governor of Bayelsa State, His Excellency, Chief Henry Seriake Dickson, has said that he does not have any power outside of God in his political career.

The former Governor said that he did not need occult powers and cult activities register victories in political battles, as power comes only from God.

A statement by his Media Advisor, Mr Fidelis Soriwei, quoted the Governor as having made the comment during a thanksgiving service at his country home of Toru-Orua on Sunday.

The Governor stressed that God strengthened him and indeed fought the many battles he won in politics as Governor for eight years and even before then.

The former Governor who spoke about the victory of the PDP in the last gubernatorial election said that God Himself, who he described as the Chief Justice of the Supreme Court of the Universe used his own court to deliver the verdict which stopped the All Progressives Congress from taking over the state.

He said that the fact that people imported drinks to celebrate the planned APC take over of Bayelsa State but could not drink them should convince political actors and indeed the citizenry that power comes only from God.

“So many things happened in this state in the past eight or nine years but the Lord gave us victory in all the challenges.

“The unprecedented battle of my re-election in 2015, after which they decided to make the State ungovernable should come to the mind. Bayelsa had over 15 police commissioners in a few months.

“And, of course, you remember the last miracle of the 11th hour! The man himself was preparing for inauguration when God used His own court to deliver the verdict because He didn’t like what they were doing for our people,” He said

Chief Dickson described the reception given to him by the people of Ekeremor and Sagbama as unprecedented saying he did not receive such unique honour even during his days as governor.

He thanked the State Governor, Senator Douye Diri, his Deputy Sen Lawrence Ewhrudjakpo, the commissioners and assembly members from the district, the delegates and all party members for affirming his nomination as the PDP Senatorial Candidate.

He said that the Senatorial election was crucial and of interest to Bayelsa West, Bayelsa and the Ijaw nation, as the country would be expecting a Senator with the experience and capacity to speak in