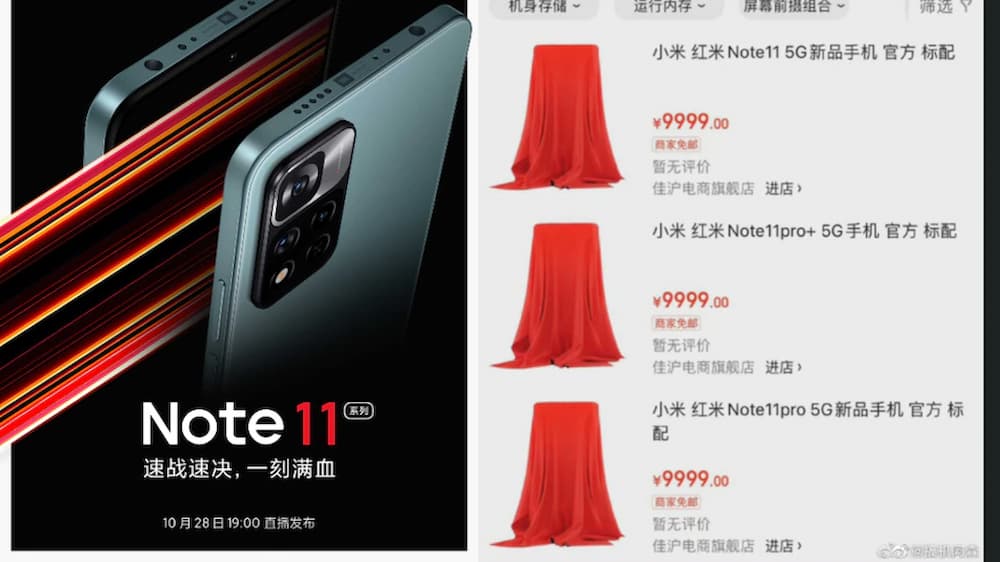 Xiaomi’s sub-brand Redmi has officially announced it will unveil the Xiaomi Redmi Note 11 series on October 28 in China.

On its Weibo account, the smartphone company also reveals what the phone lovers should expect.

Meanwhile, there are many qualities of the smartphone you should know that have become discussion topics for smartphone lovers.

The smartphones seem to have taken a cue from iPhone 13 as they imitate some features of the Apple product.

Likewise, the series have a cutout that the company placed in the centre.

ALSO READ: How To Find And Recover Your Stolen Or Missing Android or iPhone

The power button is on the right spine.

Also, the smartphones have punch hole displays and triple camera setup on the rear.

The Redmi Note 11 also has a large sensor on top of a quad camera setup sitting inside a rectangular-shaped module.

Similarly, the chipset, MediaTek Dimensity 810 SoC will power the Redmi 11.