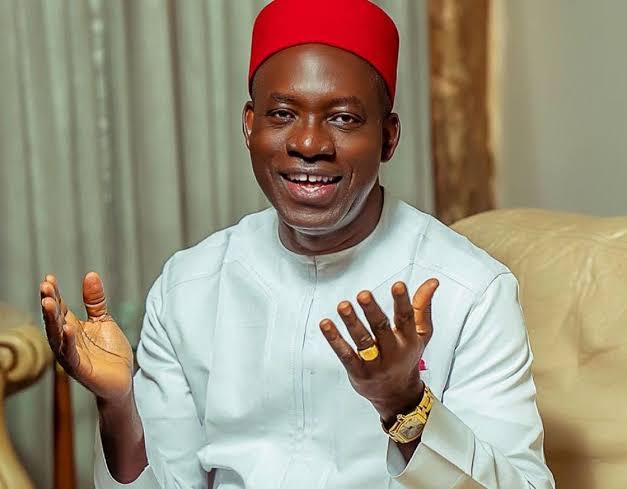 NSUKKA—- The International Society for Civil Liberties and Rule of Law, Intersociety, Civil Liberties Organizations, CLO and over 21 rights groups in South East have backed Governor Charles Soludo of Anambra State on the sack of corrupt market leaders in the state.
The groups equally warned those affected by the sack to stop besieging Anambra Government House at Awka with “Ghana-must-go” bags of money and “brown envelopes,” to make the state government recant its decision.
The groups equally urged the state governments to urgently conduct elections in the affected markets in order to restore sanity in the markets.
The statement made available to our reporter by Emeka Umeagbalasi, Comrade Aloysius Attah, and Comrade Vincent Ezekwueme, being the heads of the groups respectively reads in parts.
“The Int’l Society for Civil Liberties and Rule of Law-Intersociety, the Southeast Zone of the Civil Liberties Organization-Southeast CLO and the Southeast Based Coalition of Human Rights and Democracy Organizations-SBCHROs; a coalition of over twenty rights and democracy groups are strongly advising the Markets and their imposed and ‘unopposed leaders’ affected by recent announcement by the Government of Anambra State led by Prof Charles Soludo dissolving them as part of the Government’s sanitization and democratization exercise in the State’s Markets to prepare their handover, pack and go and stop flying bribery money in Ghana-Must-Go bags and Brown Envelopes at Awka Government House. They are also reminded that no amount of nocturnal meetings and bribery money in Ghana-Must-Go can coerce the State Government to recant its stance on this.

“Leaders of Intersociety, Southeast CLO and SBCHROs have been receiving reports since the State Government’s announcement that bribery money in ‘Ghana-Must-Go bags and Brown Envelopes have been flying at different political quarters at the Awka Government House and top security formations by the affected Market traders so as to coerce the State Government to reverse its announcement and allow for continuation of ‘business as usual’. Pieces of available information also have it that it was when the Ghana-Must-Go and Brown Envelopes failed to do their biddings that some of the affected traders turned around and threatened the State Government with a showdown/shutdown.

“We therefore boldly commend Governor Charles Soludo of Anambra State and throw our full weight of support behind his informed, timely, correct and popular decision. The Gov also wisely acted on our letters of July and Oct 2021 and Jan (twice) 2022. We have also been in the forefront campaign for democratization and sanitization of Anambra Markets in the past five years or since 2017. It is our strong advice that no single Market and its imposed or ‘unopposed leaders’ in the State must be spared and the caretaker committees when put in place in each of the affected Markets must be must not exceed six months or one year and credible and all inclusive market elections must be conducted with fresh and credible persons popularly elected into different elective positions in each of the affected Markets. The sacked imposed and ‘unopposed leaders’ (chairmen) in the affected Markets shall be ineligible in the upcoming fresh popular and credible elections; likewise those in charge of the new ‘transition caretaker committees’ except if they properly resign six or three months to their new Market election.

“We must also strongly warn all the supervising Ministries or Departments or Agencies and their heads in the Government of Charles Soludo to desist from and resist the virus of ‘Ghana-Must-Go and Brown Envelopes’ which have become the trademark of Anambra Market Leaders. We have already spread our tentacles to the State Ministries of Trade, Commerce and Transport and Offices of the SSG and the Chief of Staff as well as the SA on Security, etc so as to monitor the possible movement of ‘Ghana-Must-Go and Brown Envelopes for purpose of perverting democratization and sanitization of Anambra Markets. The Committee in charge of constituting fresh Market caretaker committees is also under our strict watch and any bribe collected must be exposed and made refundable.”