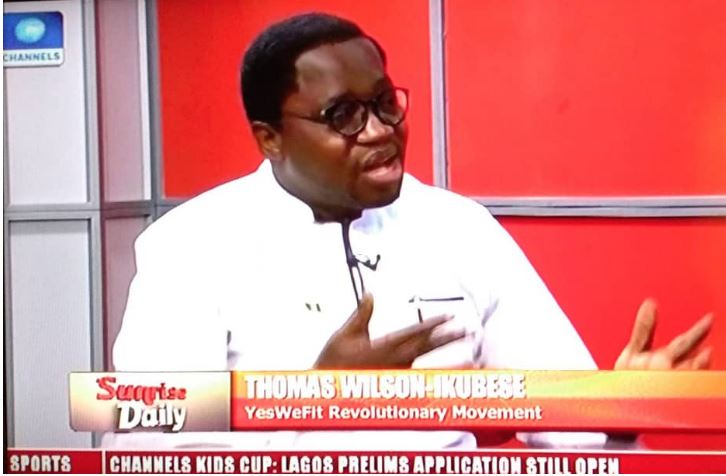 Former presidential Aspirant and Convener, YesWeFit Revolutionary Movement, Dr Thomas-Wilson Ikubese has proffered solution to the insecurity challenge of Nigeria as he urged President Muhammad Buhari to summon an emergency nattional security summit to discuss the security situation in Nigeria and the way forward. He gave the statement while reacting to the recent spate of insecurity in the country which has claimed many lives ad property.

According to Ikubese, president Buhari can reinvigorate the confidence Nigerians have in his administration’s ability to secure lives and property as promised Nigerians during the run up to the 2015 presidential election by convening the security summit.

He also urged that Mr. President must allow the stakeholders in the security sector discuss frankly while proffering solutions to the insecurity challenges of Nigeria. The YesWeFit Revolutionary movement’s convener who called for the replacement of the current service chiefs with fresh minds also urged President Buhari to be prepared to implement the recommendations of such security summit when summoned.

According to him, “One of the campaign promises of Muhammadu Buhari during the build up to the 2015 Presidential election was that he would bring to an end the spate of insecurity across the nation.

He vowed that if elected president, he would bring the then budding insurgency to an end, using his many years of experience as a retired military general and a former military Head of State.

Conversely however, the spate of insecurity has worsened after Buhari was declared winner and sworn in as President, over five years ago.

Today, embarking on an inter-state journey by road is akin to walking into the lion’s den as bandits and kidnappers have taken over our landscape, while our security network appears overwhelmed.

Last week, the wife of the Chief of Staff to the Ondo state governor was kidnapped on her way back from Lagos, while a first class monarch, King Israel Adeusi, the Olufon of Ifon was murdered by suspected kidnappers on his way back to his Kingdom after attending the state council of Obas meeting in Akure.

Over the weekend, over forty farmers were murdered by bandits on their farms in cold blood in Borno state, with scores of others yet missing.

Two days ago, seven farmers were again murdered in Katsina, while over thirty villagers were abducted!

International news agencies seldom report killings in Nigeria any longer because it has become a daily occurrence, with the government appearing not to be ready to tackle it head long.

On several occasions, I have issued releases, urging President Buhari to change the Service Chiefs, so that we can have fresh minds review the security architecture of the nation.

Prominent Nigerians, including members of the National Assembly have equally lent their voices thereby, all to no avail.

Today, we have the longest serving Service Chiefs in the history of Nigeria, overseeing a daily worsening security situation in the country.

I urge President Buhari to urgently convene a National Security Summit to discuss the security situation in Nigeria and the way forward.

This summit which should not be politically tainted should comprise of all stake holders in the security millieu of the nation.

Mr President should give them freedom to discuss frankly and proffer solutions, while he must be willing to promptly implement the recommendations thereby so as to make Nigeria safe for all.

In less than three years from now, the life of this administration will wound down. I urge President Buhari to write his name in gold as the one who fought banditry and kidnappings to a halt and created a safe haven for Nigerians.

This he would achieve by urgently convening the National Security Summit.

I pray Mr President toe this noble path quickly, that history be kind to him.”