According to him, South Africans who are attacking other nationals in their country should be arrested and prosecuted.

In a statement on Wednesday, Dr. Ikubese urged the South African president, Cyril Ramaphosa, to rise to the challenge and bring those perpetrating the dastardly act to justice.

“For sometimes now, there has been repeated attacks on persons who are not indigenes of South Africa by some South African aborigines.

These attacks have gone on for too long and have become embarrassingly too frequent that one suspects that it’s likely to have the covert blessing of some opinion leaders in South Africa, a position that was reinforced by a recent viral video of a South African police chief seen explaining away these xenophobic attacks on the grounds that some cities in South Africa are dominated by “foreigners”, who  should leave, so that the aborigine South Africans can take charge of their commerce.

I consider it an anomaly to label any African as a “foreigner” on an African soil, as we are one big family, divided by the colonial masters for their administrative convenience.

The President of South Africa, His Excellency Cyril Ramaphosa has spoken against this recent attacks. But this in my opinion, is not enough.

President Ramaphosa should order the immediate arrest and prosecution of those involved in these spates of attacks, looting and outright murders in cold blood,  because crime thrives, when criminals go unpunished.

Young South Africans should also be repeatedly taught the principles of capacity building and virtues of healthy competition, rather than seeing their fellow skilled Africans who set up legitimate businesses that even employ South Africans as enemies.

I call on President Muhammadu Buhari, to urgently take the bull by the horn, call on President Ramaphosa and the Presidents of other African countries whose nationalities are affected by these xenophobic  attacks and schedule a joint meeting in South Africa to address this issue once and for all.

Sending a “special envoy” to South Africa to address the matter, as announced by Mr Femi Adesina, President Buhari’s Special Adviser on Media and Publicity  does not reflect the seriousness with which this menace should be handled.

I call on Nigerians and other African nationals not to retaliate with the looting of South African enterprises in their countries or assaulting South Africans in their domains , as two wrongs don’t make a right.

I call on South African celebrities and leaders of thought to rise and publicly condemn this attacks, lest the world see them all as xenophobics. While we must not define a people by the ignoble acts of a few, the nobles must rise in condemnation of these oddities, lest they be labelled alongside the ignobles.

Recently at the end of an ECOWAS summit in Abuja, as part of its plans to make Africa a more integrated continent, leaders of the Economic Community of West African States (ECOWAS) adopted the name ‘ECO’ for a planned single currency to be used in the region from 2020.

How can the dream of African integration and progress be realised, if Africans rise against each other?

I call on all Africans to see their fellow Africans as brothers and sisters in the struggle for a prosperous continent.

Finally, I call on President Buhari, to deliberately begin to embark on the process of making Nigeria functional, so that Nigerians will choose to remain at home, rather than running out of Nigeria to seek greener pastures in other countries.

We fit make the African continent united and progressive. 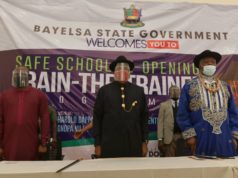 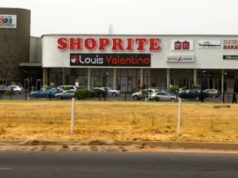 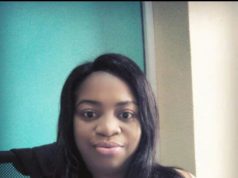 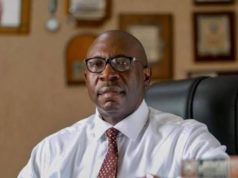 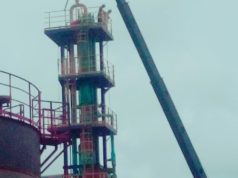 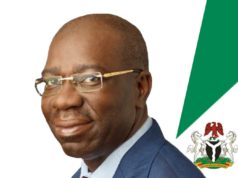