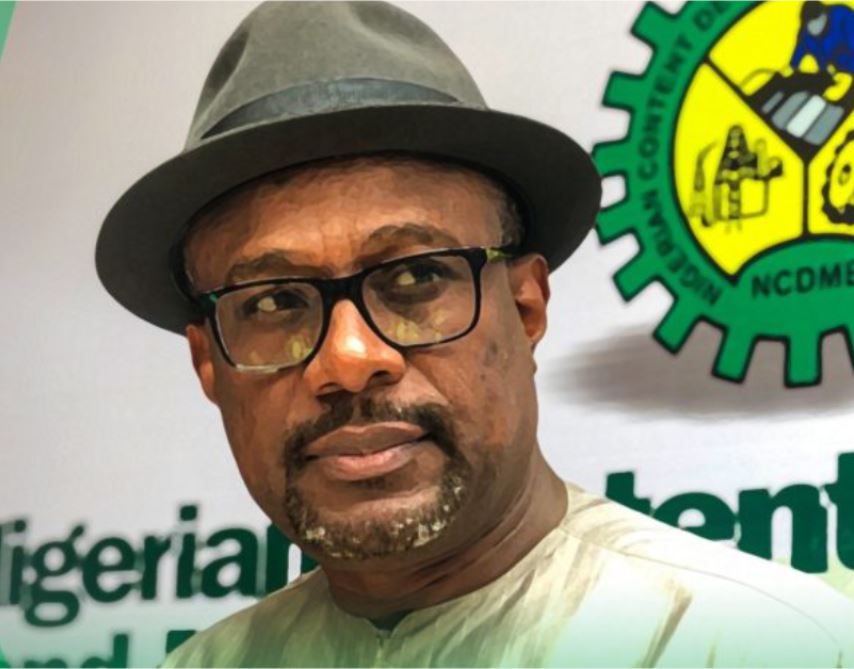 Nigerian Content Development and Monitoring Board executive secretary, Simbi Wabote, has told a U.S. Court that he did not steal any money using his position as NCDMB boss.

He also asked the court to check his bank account to verify that he is telling the truth.

The court had asked Mr Wabote to provide the unredacted version of his bank statement, and answers to several questions raised by U.S.-based Nigerian journalist, Jackson Ude, in an ongoing defamation case between the duo.

In a court document seen Happeningnownews, Mr Wabote argued that the request was “overbroad and unduly burdensome especially in light of the timeframe given.”

He argued that the time frame was “not reasonably related to the timeframe of the allegations neither in the complaint nor in the alleged defamatory statements.”

Asked to provide bank account information linked to NCDMB from January 2015 to present in the interrogatory, Mr Wabote said the information was not in his possession, custody or control.

However, Mr Ude’s attorney in a letter dated January 15, 2022, addressed to the presiding Judge Joseph Leeson argued that the plaintiff didn’t service the court with information of all the bank accounts he operated.

He asked the court to punish Mr Wabote for perjury. The attorney also asked for an order mandating the plaintiff and his attorneys to appear and show cause why they should not be held in contempt of court.

Mr Wabote had sued the U.S.-based Nigerian journalist in a U.S. court for character defamation, claiming that Mr Ude defamed his character in an online publication on Pointblanknews.com.

He alleged that the journalist accused him of financially compromising his position and abusing the privileges of his office as the NCDMB boss while Nigeria prepared to launch the Liquefied Natural Gas Train 7.