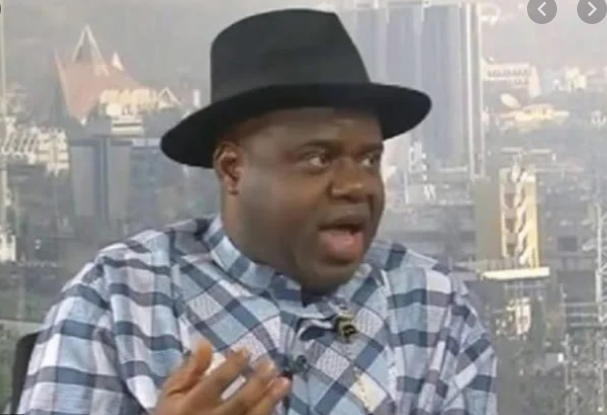 Bayelsa State Governor, Senator Douye Diri, has called for joint action among governors of the Niger Delta states in the region’s struggle for a cleaner environment.

Senator Diri also called on the people not to contribute to environmental genocide in their localities but to shun illegal refining of crude and embrace intellectual approach in the agitation for the clean-up of the region.

Governor Diri made the call at the weekend during an online global conference on “The Impact of the Coronavirus Pandemic on the Aquatic Flora and Fauna of the Niger Delta” to mark this year’s World Environment Day.

The Bayelsa helmsman, who was represented by his deputy, Senator Lawrence Ewhrudjakpo, expressed displeasure over the decades-long environmental injustice in the region, said the situation was worsened by the unfair derivation sharing formula of the federal government to the oil producing states.

The governor was quoted by his Acting Chief Press Secretary, Mr. Daniel Alabrah, as saying that the current derivation formula does not reflect the sufferings of the people and the damage to the region’s environment.

He noted that for a region that had continued to be degraded from activities of multinational oil companies, the Niger Delta people have been shortchanged from the proceeds of its rich and vast resources not only by the federal government but also the oil firms.

His words: “When other countries were recording reduction in oil activities, green house emission, pollution and gas flaring, the reverse was the case in Bayelsa State as it recorded death of lots of fishes during this coronavirus period in Akassa, Koluama, Agge as well as in other states in the region.”

Senator Diri pledged his administration’s resolve to take on the issues of the environment as key in the state.

He advocated the planting of trees by all Bayelsans, which, according to him, would allow the flow of oxygen across the streets and towns of the state.

Speaking earlier, chairman of the occasion, the Ibenanaowei of Ekpetiama Kingdom, King Bubaraye Dakolo, Agada IV, said according to research, 100 million barrels of crude oil and about 20 trillion standard cubic feet of gas were being released into the aquatic environment of the Niger Delta.

King Dakolo called on governments across board to do more than engage in rhetoric on matters of the environment and frontally drive all genuine efforts for the restoration and restitution of the region’s flora and fauna.

In his lecture, Dr Pereowei Subai, a senior lecturer with the state-owned Niger Delta University, highlighted the implications of the theme on the environment, and noted that the wealth of the region should not be confined to oil alone but that there should also be investment in agriculture and aquaculture.

Dr. Subai proffered short and long term solutions to the environmental challenges of the region, which include increased public awareness and the setting up of environmental litigation at the state level as well as strict liability for pollution damages.

The Chief of Staff, Government House, Yenagoa, Chief Benson Agadaga, in his remarks, suggested that the report and recommendations of the Archbishop of York, Dr. John Sentamu-led Bayelsa Oil and Environmental Degradation Commission on the effects of oil pollution in the Niger Delta be looked into and implemented.

Vice Chancellor of the Bayelsa Medical University, Prof. Ebitimitula Etebu, who was a panelist, advocated that urgent action be taken by the state Ministry of Environment and other relevant agencies to replenish the ongoing deforestation in the Niger Delta as well as establish natural parks as part of efforts toward sustaining the biodiversity.

Contributing, renowned environmental activists, Rev. Nnimmo Bassey and Comrade Morris Alagoa, posited that the Niger Delta people, whose lifespan have been reduced to 41 years, were made susceptible to the COVID-19 pandemic.

The panelists said Bayelsa was the most polluted state in the Niger Delta arising from daily spillage of crude oil and decades of gas flaring, and called for a full-scale environmental remediation.

Other panelists, Dr. Tubodenyefa Zibima and Princess Elizabeth Egbe, noted that governors of the region should collaborate and come up with a post- COVID-19 strategy to address issues of the environment.

They also sought for the quick passage of the Petroleum Industry Bill (PIB), replication of the Solid Mineral Law in the PIB and licencing of artisanal refineries for easy regulation.

The conference hosted by the Bayelsa State Ministry of the Environment had discussants simultaneously in Yenagoa, Benin and Abuja.