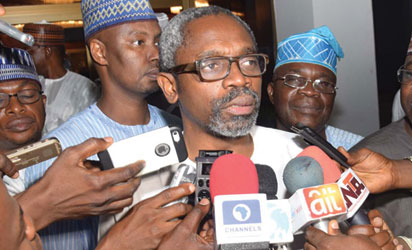 The speaker of the house of Representatives,  Hon. Femi Gbajabiamila has given the minister of Niger Delta affairs, Sen. Godswill Akpabio to publish names of members of the National Assembly executing contracts with the Niger Delta Development Commission (NDDC) or face the wrath of the parliament.

But at the plenary, the speaker who was livid over the allegations from the minister said ” I am given the Honourable minister 24 hours to publish in the papers the names of the lawmakers, the contracts and their amounts and the companies given these contracts.