Ojikutu, a member of the Aviation Round Table (ART) and Chief Executive Officer of Centurion Securities, said this in a statement on Sunday, in Lagos.

The Director General of the Nigerian Civil Aviation Authority (NCAA) had recently said that both domestic and international airlines operating in Nigeria sold tickets worth N502.2 billion in 2017.

According to him, the airlines also made N400. 9 million in 2017 through cargo charges compared to the N285 million generated in 2016.

However, Ojikutu faulted the figures released by the NCAA on the airlines’ earnings and passenger traffic, claiming that it was being subjected to some sort of manipulations which needed to be investigated.

He said: “One might agree with the NCAA that not all those who bought tickets could have used it within the reviewed periods and others could have changed their travelling plans and got their fares refunded.

“However, what is very clear is that the passengers recorded by Federal Airports Authority of Nigeria (FAAN) are known as those who passed through the passengers access control and screening points into the aircraft.

“They are those recorded by the Nigerian Airspace Management Agency (NAMA) as persons on board and they are those, I believe in, as harmonised passenger traffic figures.

“Therefore, the harmonised figures given by NCAA are deemed to have utilised or expended their purchased tickets.’’

Ojikutu argued that the approximately four million international passengers and 10 million domestic passengers were those who bought tickets and had expended their purchased tickets.

He said, for instance, if all international passengers were to pay N350, 000 per flight without considering those on First Class and Business Class, this would amount to N650 billion and not N411 billion or N502 billion provided by NCAA for 2016 and 2017, respectively.

“Similarly, if we consider that each of the 5 million outbound domestic passengers paid N18,000 again without factoring the First and Business Class passengers fares, the earnings cannot be anything less but more than N90 billion.

He also noted that the figures released for the CSC were given without specifying on the volume of cargo that generated the charges which again subjects it to manipulations.

“Overall, the shortfalls are huge and the government through the NCAA is losing an average of about N20 billion annually on TSC and CSC and government has lost more than N100 billion between 2013 and 2017.

“The NCAA must come clean of these irregular figures that do not add up.

“If stakeholders must listen to her that the earnings figures were given only by the airlines, the NCAA should be courageous enough to ask them to show evidence for the balance of over N300bn annually on tickets sales.

“Otherwise, NCAA must take responsibility for all the shortfalls,’’ Ojikutu said.

According to him, in the alternative, the Minister of State for Aviation, the Federal Inland Revenue Service and the National Assembly Aviation Committees should separately set up investigation panels to look into these earnings and shortfalls.

He said the unremitted funds could help in addressing the various inadequacies of systems infrastructure and human capital development in the prime safety areas in the sector.

The General Manager, Public Relations, NCAA, Mr Sam Adurogboye, in responding to the statement, told NAN that the allegation was a cheap blackmail from people seeking unavailable consultancy jobs from the authority.

Adurogboye said: “We have declared over and over that we stand by our figures, with abundant explanations. That position still stands.

“Our figure is a harmonised one with FAAN and others. Our figures have been authenticated by external auditors and the National Assembly.’’ (NAN) 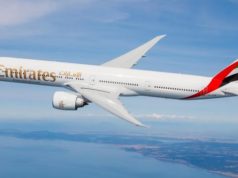