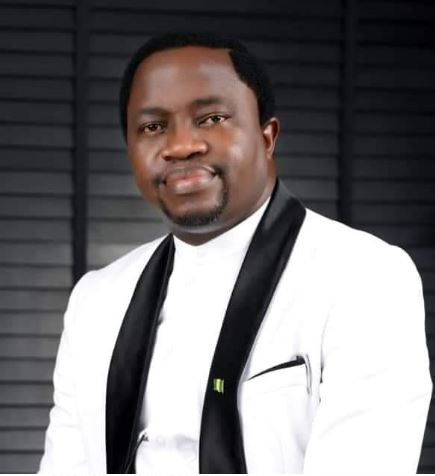 Former presidential Aspirant and Convener, YesWeFit Revolutionary Movement, Dr Thomas-Wilson Ikubese has congratulated the Edo state Governor, Godwin Obaseki over his re-election as Governor of the state. Governor Obaseki who contested under the Peoples Democratic Party, PDP, emerged winner at yesterday’s election in the state, beating his closest opponent, Pastor Osagie Ize-Iyamu of the All Progressives Congress, APC.

Ikubese, in his congratulatory message, commended the presidency, the security agencies and the electoral umpire for a peaceful election in Edo state. He however urged that modalities be put in place to dissuade selfish individuals from seeking political offices.

“I congratulate Governor Godwin Obaseki and the People’s Democratic Party (PDP) on their success at the gubernatorial election in Edo state as announced by the Independent National Electoral Commmision (INEC) today.

I wish to commend Governor Obaseki for his bravery in rejecting God-fatherism and seeking an alternative platform to actualise his vision for the good people of Edo state.

I applaud the good people of Edo state for turning out en mass to excercise their franchise and waiting vigilantly thereafter to protect their votes.

I applaud INEC for using virtual portal to upload results directly from the polling units, which made it impossible for electoral violators to hijack this electoral process as has often been the case in the past and demand that this template be replicated in all subsequent elections conducted by INEC

I applaud President Muhammadu Buhari for not using the dreaded “Federal Might” to suppress the will of the people of Edo state and urge him to sign the amended electoral act into law in order to promote peace and give credibility to our electoral process.

I call on the National Assembly to pass a bill wherein political office holders will earn monthly remunerations in line with civil servant salary scale, devoid of the current mega million naira allowances and cause the income and expenditure of government at all levels to be published monthly as public documents.

The National Assembly should also pass a bill wherein political office holders who are charged for corruption will have their cases concluded and judgement delivered within six months, while penalty for established cases of corruption will be life imprisonment without an option of fine.

This way, only persons who are genuinely interested in rendering selfless service will run for political office and the desperation to win at all cost will become a thing of the past.

I call on the candidate of the All Progressive Congress (APC), Pastor Osagie Ize-Iyamu in the spirit of sportsmanship, to congratulate his brother, Governor Godwin Obaseki, and make available to him his roadmap of building Edo state over the next four years in the interest of his people.

I call on Governor Obaseki to be magnanimous in victory by reaching out to all aggrieved blocks within his party and in the opposition to join hands with him in order to make a success of his vision for the good people of Edo state.

The build-up to this election has generated perhaps, the most tension and fractionalisation ever recorded in the polity of Edo state, because of the various interests at play. The onus now lies on Governor Obaseki to reach out to these various power blocks with the olive branch that all may come together to work for the good of the state over the next four years, before the next gubernatorial election.

Finally, I appeal to all Nigerians of good will not to give up on the country as this election has shown that if we faint not, in the course of time, we shall live to see the Nigeria of our dream.

A New Nigeria is possible.

Together we can, Yes We Fit!”