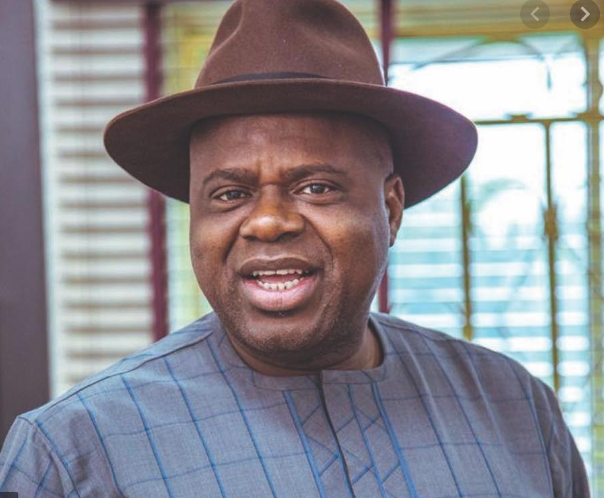 Bayelsa State Governor, Senator Douye Diri, has called on oil companies benefiting from its resources to relocate their headquarters to the state.

The governor, who allayed fears of insecurity, which had been the narrative of the oil companies, promised that his administration would ensure round the clock security of assets beneficial to the national and state economy.

He made the call on Wednesday when he received the Executive Secretary of the Nigerian Content Development and Monitoring Board (NCDMB), Engr. Simbi Wabote and his board members on a courtesy visit to his office in Government House, Yenagoa.

His Acting Chief Press Secretary, Mr. Daniel Alabrah, in a statement quoted the governor as saying that with the completion of the NCDMB 17-storey building and siting of other major ongoing projects by the board, the state was ready to take over the oil and gas industry.

His words: “Let me restate our earlier call for oil companies to please come back to the Niger Delta and site their headquarters here, particularly in Bayelsa. We are set by virtue of what the NCDMB is doing and what the state government is doing and will continue to do. Let me invite you to expand your offices in Bayelsa.

“For those yet to have offices, please come and build your headquarters in Bayelsa. That way the issues of capital flight from where the golden egg is being laid will be reduced. Even the issue of militancy, which has subsided, will be brought to its barest minimum.

Senator Diri expressed his government’s gratitude to President Muhammadu Buhari for continuing with developmental policies inherited from previous administrations, which has seen the completion of an edifice next to none in the Niger Delta and operational in Bayelsa.

“I thank Mr. President, who has continued with policies that are development-oriented. We are aware that the Nigerian Content Development and Monitoring Board was established by an act of parliament in 2010 and with the headquarters now in Bayelsa, the President would have thought otherwise. The building was started before came on board and through his support to the Board it is now completed.

“So let me on behalf of the people of Bayelsa appreciate Mr. President and say a very big thank you for giving the opportunity to our son and our brother, who is the Executive Secretary of NCDMB, to complete this edifice, which, as he has mentioned, is first of its kind in the South South and the South East.”

Diri used assured the Board and management of NCDMB of his government’s commitment to serve the people through effective collaboration with development partners like them and promised that being the host of their headquarters, they can rest assured of adequate security and partnership for actualisation of the Board’s goals.

The governor noted that flight operations at the state airport would soon commence following his commitment to attract oil companies to do business in the state.

Speaking earlier, Engr. Simbi Wabote congratulated Diri on his emergence as governor and said the Board was ready to partner with his administration to achieve common goals.

Wabote noted that the under the leadership of the Minister of State for Petroleum, Chief Timipre Sylva, the Board had embarked on numerous projects like the 17-storey building known as the Nigerian Content Tower, which the President would commission virtually on Thursday, the Bayelsa Nogasp Power Plant, a 25-hectare industrial park, the Oloibiri Oil Museum and Research Centre among others.