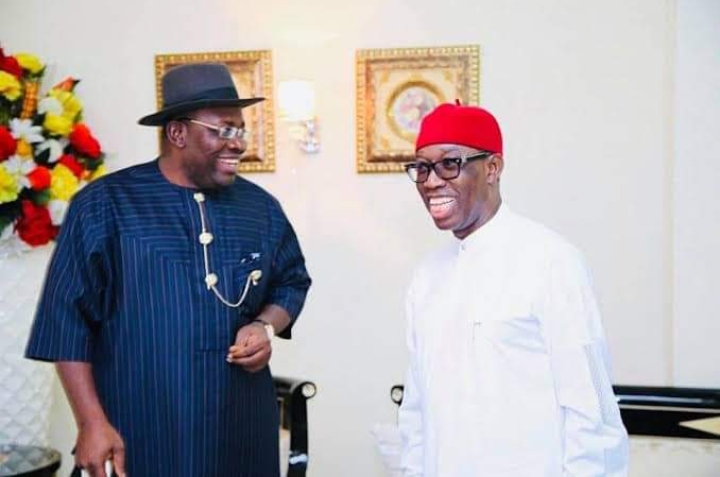 The Senator representing Bayelsa West in the National Assembly, Senator Henry Seriake Dickson, has congratulated the Governor of Delta State, Senator Ifeanyi Okowa, on his emergence as the running mate to the Presidential Candidate of the Peoples Democratic Party, Atiku Abubakar.

The former Governor of Bayelsa State said that Okowa has the requisite qualities not just to assist the candidate in the area of electoral campaigns but also to run government effectively.

Senator Dickson called on all party members to rally round the candidate to give him all the needed support to achieve targeted objectives now that the Candidate has taken a decision.

He assured the Candidate, Atiku, and his running mate of his unflinching support.

“His Excellency, Senator Ifeanyi Arthur Okowa has been a colleague and a brother who infact took over from me as chairman of the South-South governor’s forum which office he currently occupies.

“I know him as someone who possesses the qualities that can assist our candidate and our party not only in campaigning and winning the election but also in running an effective government for our country.

“As I have always said, all political ambitions and aspirations are legitimate but must follow due process. The presidential candidate has spoken. In our system, the office of the vice-presidential candidate is not to be contested or vied for, it is the prerogative of the flag bearer and should be respected.

“We should all therefore rally round our party and our flag bearers to confront the issues ahead which requires the support of all.