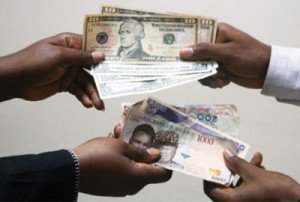 Colombia-based Fintech company Minka has announced that it has secured $24 million in capital through a funding round led by Tiger Global and Kaszek.

With the new funding, Minka plans to continue modernising the clearing houses and central banks’ infrastructure, but also to grow the network by enabling a full self-service platform for publishing and moving money to organisations.

Minka is a seamless payment network built which enables last-mile infrastructure, including banks, clearing houses and organisations, to publish and exchange balances.

The network was designed to connect separate legacy systems through blockchain concepts and modern APIs to simplify the movement of complex money flows.

This allows for an almost unlimited number of use-cases and helps money to move simply, securely, instantly and without the need for reconciliation.

Minka’s TransfiYa project, built in partnership with ACH Colombia, is one of the fastest-growing real-time payments projects in Latin America.

It includes direct read and write API access to 80% of the accounts in the country making it also the largest open banking project in the region, something that Minka would like to replicate in markets across the world including Africa, which has leapfrogged into fintech space and has become an attractive market for innovative fintech companies.

Domagoj Rozic, Minka’s CEO stated, “We aim to connect the world’s balances through the web using shared, connected ledgers. The project in Colombia has proven this is possible and has become one of the fastest-growing real-time payments networks in the region, enabling previously slow money to move instantly and with minimal cost.”

Currently, nearly two million people use the project to send money using only a phone number and soon it will support one-click purchases, payouts and collections.

Commenting on the investment, Santiago Fosatti, Partner at Kaszek said, “We’re excited to be partnering with a FinTech which is adding such significant value to the markets they’re serving. The Minka network is already having a huge impact on millions of people by enabling their money to move freely and instantly – and the journey is only just beginning!”

Carlos Alonso-Torras, Principal at Fintech Collective added, “We have been closely following Minka’s progress since leading the Seed round and are thrilled by the progress.

The company’s ability to leverage highly experienced tech talent in Croatia is a powerful differentiator given the comparative scarcity in Latin America. Having made several investments in payments infrastructure across emerging markets, we think Minka is well-positioned to excel, far beyond Colombia.

After promising results powering TransfiYa, we are excited to continue supporting the company’s expansion to other use cases.”

“Minka creatively uses new technology to upgrade national payment systems for the digital economy. The new investment allows Minka to expand geographically and
deploy its platform to other use cases, such as supply chain and other B2B payments,” concluded Kai Schmitz, Partner at Crestone, former Senior Specialist at the World Bank’s Payment Systems Group.

Minka is an open network that enables organisations to publish and move money in real-time. The company has improved the way people interact with money in Latin America and is now building an open network to scale the benefits around the world.