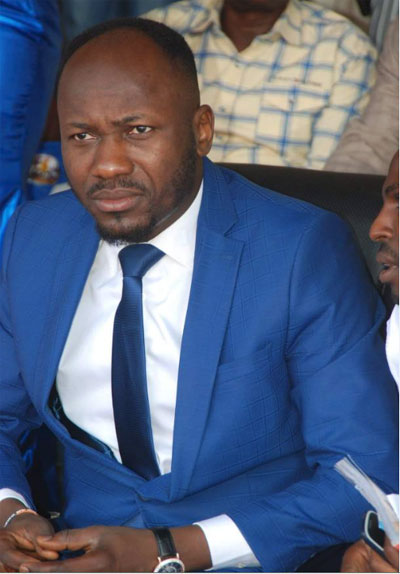 The National Youth Wing of the Christian Pentecostal Fellowship of Nigeria has condemned, in the strongest terms, the assassination attempt on the Apostle of Restoration, Apostle Johnson Suleman and the gruesome murder of seven members of his entourage and security aides.

In a statement signed by its
National President, Youth Wing of CPFN/PFN NIGERIA, Very Rev Edward Obumneme Joseph JP on Saturday, the youth wing of CAN Noted that the constitution provides for the protection of every citizen’s life.

The group also said that it would not fold it’s hands and watch great men of God like Apostle Suleman who speak truth and preach against the evils and injustices in the land being attacked with the sole aim of trying to make them keep quiet.

According to the statement, “section 33(1) of the 1999 Constitution of the Federal Republic of Nigeria states that
‘Every person has a right to life, and that no one shall be deprived intentionally of his life.'”

The youths further said that “article 3 of the Universal Declaration of Human Rights, states that ‘everyone has the right to life, liberty and security of his person.'”

“Article 4 of the African Charter on Human and Peoples’ Right went ahead to buttress that ‘Human beings are inviolable. Every human being shall be entitled to respect for life and the integrity of his person. No one may be arbitrarily deprived of this right.”

“We are shocked and appalled by the news of the outright and obvious attempt to assassinate Apostle Johnson Suleman, the General Overseer of Omega Fire Ministry Worldwide and his family.

“It is even more painful that Seven Persons were sent to their untimely grave by these blood-spilling assassins, including gallant security aides. How cruel can these evil be.

“While we console the family who have lost their loved ones, we call for full investigation, arrest and punishment of the perpetrators of this wickedness.

“We also call on the Inspector General of Police to arrest the DPO and unravel the extent of his complicity in the assassination plot. This has become necessary because the 30 million Pentecostal Youths in Nigeria want to know why the only suspect that was arrested during the operation was extra-judicially murdered in custody.

“We hereby call on the President of the Federal Republic of Nigeria to fish out those who want to kill our Bishop, Apostle Suleman and his family.

The Christian group added saying if the perpetrators are not arrested and prosecuted, that CAN members will launch a nationwide protest within 48 hours.”

According to the statement, “If within 48 hours, no reasonable action is taken to assuage our pain in this assassination plot against one of our esteemed Church Fathers, Apostle Johnson Suleman and his family, we shall have no option than to embark on a Nationwide Protest tagged #JusticeforApostleSuleman#. This protest shall be carried out in every city of every state of Nigeria.

“We cannot continue to fold our hands and watch those who carry the light of courage and speak the truth to power, quenched suddenly. Never Again!

“This threat and treachery against Apostle Johnson Suleman and his family must end. And the Christian Youths of Nigeria stand resolutely with the man of God and his family at this moment of injustice and diabolical plot to eliminate the pride of Pentecostal Revival in Africa.”