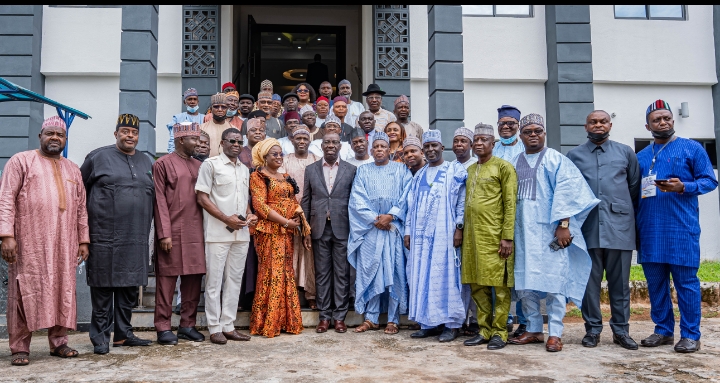 Over the past three years, Governor Godwin Obaseki has changed and transformed the course of education in Edo State, writes Tony Orobosa

Holding their certificates in one hand and their tablets (which they refer to as Teacher Computers) in the other hand, teachers and headteachers from remote, hard-to-reach areas of Edo State took turns to snap memorabilia photos with Mrs. Ozavize E. Salami, the Executive Chairman of Edo State Universal Basic Education Board on Saturday, 22 January 2022 in Benin City.

This has been a focus of the Edo State Government led by His Excellency, Governor Godwin Obaseki. The journey began in 2018 when Mr. Obaseki decided to stem the rot in the basic education system in Edo State.

His response strategy was enunciated through EdoBEST, a revolutionary basic education reform programme that has so far changed classroom management techniques, teacher performance, child care and motivation, as well as learning outcomes.

Incidentally, this year, UNESCO’s International Day of Education has the theme: Changing Course, Transforming Education mirrors Mr Obaseki’s vision. Governor Obaseki saw the need to launch a programme that would Change the course of Education and indeed Transform Education long before UNESCO came up with this theme.

Therefore, while the World will be discussing measures that could help change the course and transform education, the conversation in Edo State is the impact of changes and transformation taking place though EdoBEST.

In Edo State, the conversation is that of elation. “I have been a teacher for 13 years, I have received training just once, this EdoBEST training has opened my eyes to what I can do with the help of technology,” a female teacher from Esan Central Local government area, said during the training recently completed in Benin City.

“I didn’t know there are ways of motivating pupils to bring out the best in them other than through corporal punishment and shaming them,” another teacher said. Through the motivational songs and cheers which we were taught at this training I will definitely get my pupils to do better without coercion,” he said.

Yet another teacher noted that it is exhilarating to know that the government is thinking of tools that can make life easier for teachers. “This tablet which I was given will make my life easier, save my time and educate me on modern ways of teaching,” another teacher who is in his late 40s said.

Governor Obaseki’s strategy of Changing Course and Transforming Education cuts deeper. Because of technology, teacher absenteeism has drooped, lesson completion rate has drastically improved, teachers work close with pupils to deliver better learning outcomes, parents are more involved in schools and communities are directly involved in the management of their schools through an establishment called the Schools Based Management Committee.

In summary, mechanisms are in place for better regulation and management, support and system strengthening. This is the legacy of Governor Obaseki as UNESCO celebrates International Teachers Day 2022.

For the pupils, it’s a tale of progress and discovery. Edo State pupils in state owned primary schools are learning more. They are being motivated by methods used by their counterparts in more developed countries while they also continue to post better learning outcomes and academic results.

For Governor Obaseki, the ultimate goal is a state that has a solid basic sector that delivered highly competent pupils who will later go ahead to build an Edo that is a cynosure of all eyes in the very near future.