Central Bank of Nigeria (CBN) on Tuesday injected 210 million dollars into the inter-bank Foreign Exchange Market to boost liquidity in the system. 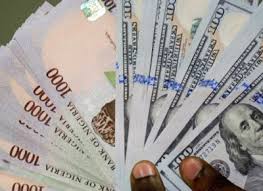 The acting Director,  Corporate Communications,  Mr Isaac Okorafor, in a statement in Abuja, said the CBN allocated 100 million dollars to dealers in the wholesale sector.

He said also the Small and Medium Enterprises (SMEs) segment and invisibles received 55 million dollars each.

This is another round of intervention by the apex bank, aimed at boosting the foreign exchange market.

Okorafor, said the continued interventions in the interbank foreign exchange market was mainly to ensure sustained liquidity and stability in the market.

According to him, the interventions by the CBN had impacted the market positively and guaranteed a stable exchange rate for the Naira, which has since stabilised the foreign exchange market.

He reiterated that the Bank’s interventions had reduced the country’s import bills and led to accretion to its foreign reserves.

Meanwhile, the naira exchanged at N362 to a dollar in the Bureau De Change segment of the market.