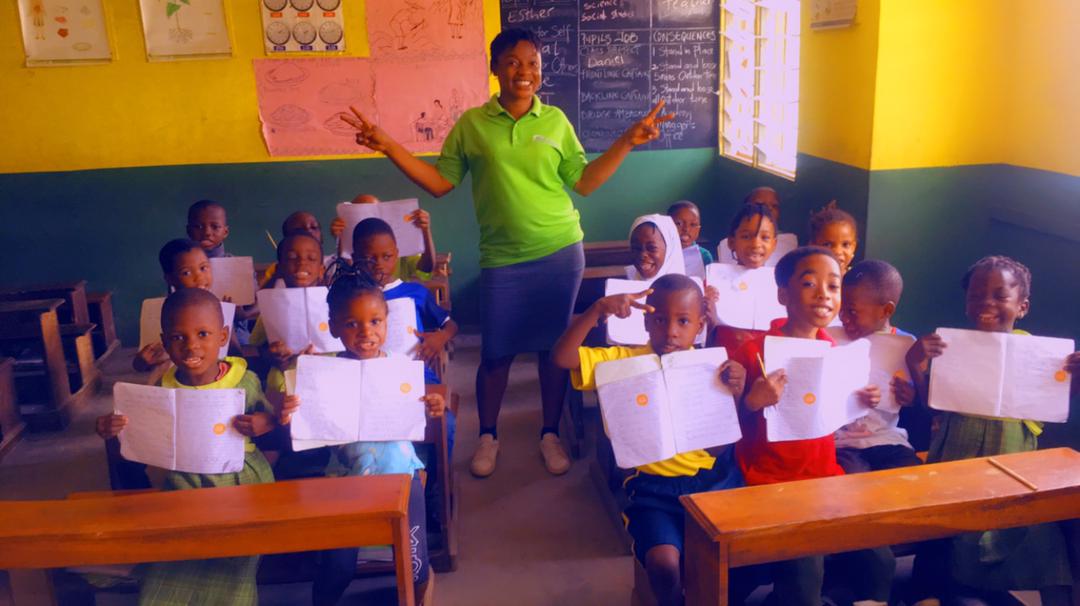 Bridge pupils in Nigeria have joined other learners across the world in the Hour of Code initiative, a worldwide effort aimed at broadening participation in the field of computer science and providing students with a foundation for success in any 21st-century career path. It involves pupils learning the basics of coding in an exciting and creative way.

According to code.org, the global program which takes place every year during computer science week has so far engaged more than 15 percent of all students in the world, is supported by Facebook, Google, Microsoft, Amazon, the Infosys Foundation and many more.

In a world where technology is transforming every industry on the planet and now finds its way into every aspect of daily life, Bridge believes that it is crucial that pupils are prepared with the necessary skills when they enter the world of work. Computational thinking helps nurture problem-solving skills, logic, and creativity. By exposing children early to computer science, they are placed for success in any 21st-century career path.

According to the Academics Manager at Bridge Nigeria, Ezinne Tochie-Asogwa stated that technology has become a significant part of today’s society, with computer literacy becoming an essential skill that will be needed to survive in the new normal. Ezinne  added that Bridge pupils’ ability to succeed in a world surrounded by technology will be dependent on their proficiency in the effective use of computer programs. “The hour of code initiative helps our pupils to discover new ways of thinking and expressing themselves through programming”, she stated.

The Hour of Code made history when more than 100 million students including Bridge pupils in 180 countries participated simultaneously in 2017. Commenting on the initiative, the Chief Executive Officer, Code.org, Mr. Hadi Partovi stated that the Hour of Code was created to excite students about computer science and break down stereotypes to show anyone can learn it. “Even without computers, these Bridge students have explored concepts of computational thinking and learned more about their potential. They are on their way to changing their future and the future of Nigeria. We are pleased to have them as a partner”. He added.

This is not the first time Bridge girls have impressed with their coding skills. In 2017, Sophie Irozuru from a Bridge Academy in Ikorodu gave a talk at the PyCon conference in Lagos about her knowledge of Python – a computer programming language. Girls in some underserved communities often face cultural barriers to certain jobs or subjects, however through co-curricular activities Bridge empowers girls in subjects such as coding to know that they can pursue any career path they like.

Bridge Nigeria, a network of nursery and primary schools in underserved communities in Lagos and Osun States supports thousands of children to become confident and empowered as they progress in learning each and every day. At the completion of the Hour of Code lesson, pupils received orange stickers stating, ‘I Did the Hour of Code!’.