….what the video below this report:…. 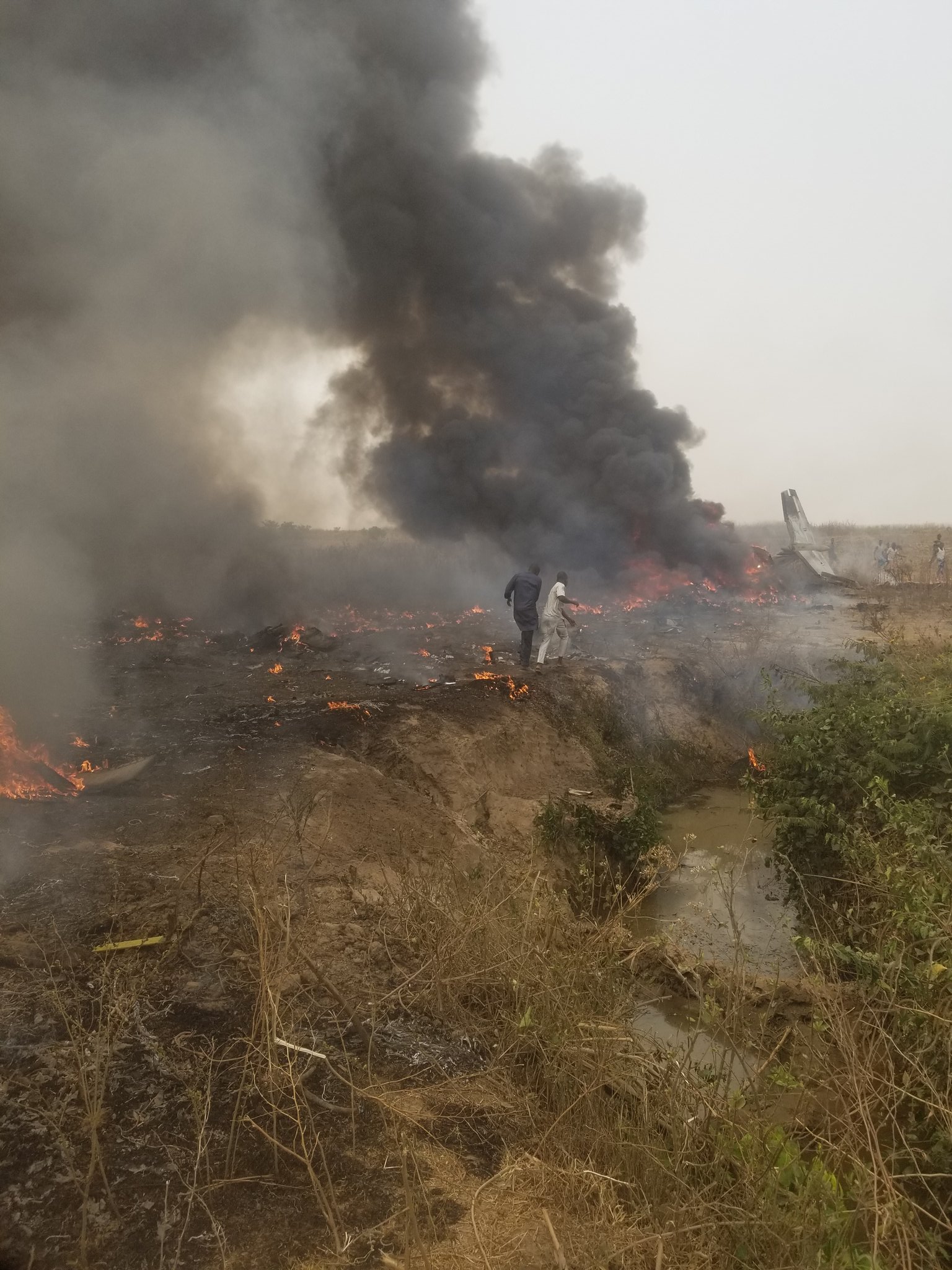 Eye witness account said the aircraft, which departed Abuja at 1033UTC with six persons on board, including two crew members, crashed barely 15 minutes later after takeoff.

There has not been official report of casualties yet but eyewitness account said the six passengers perished in the crash. 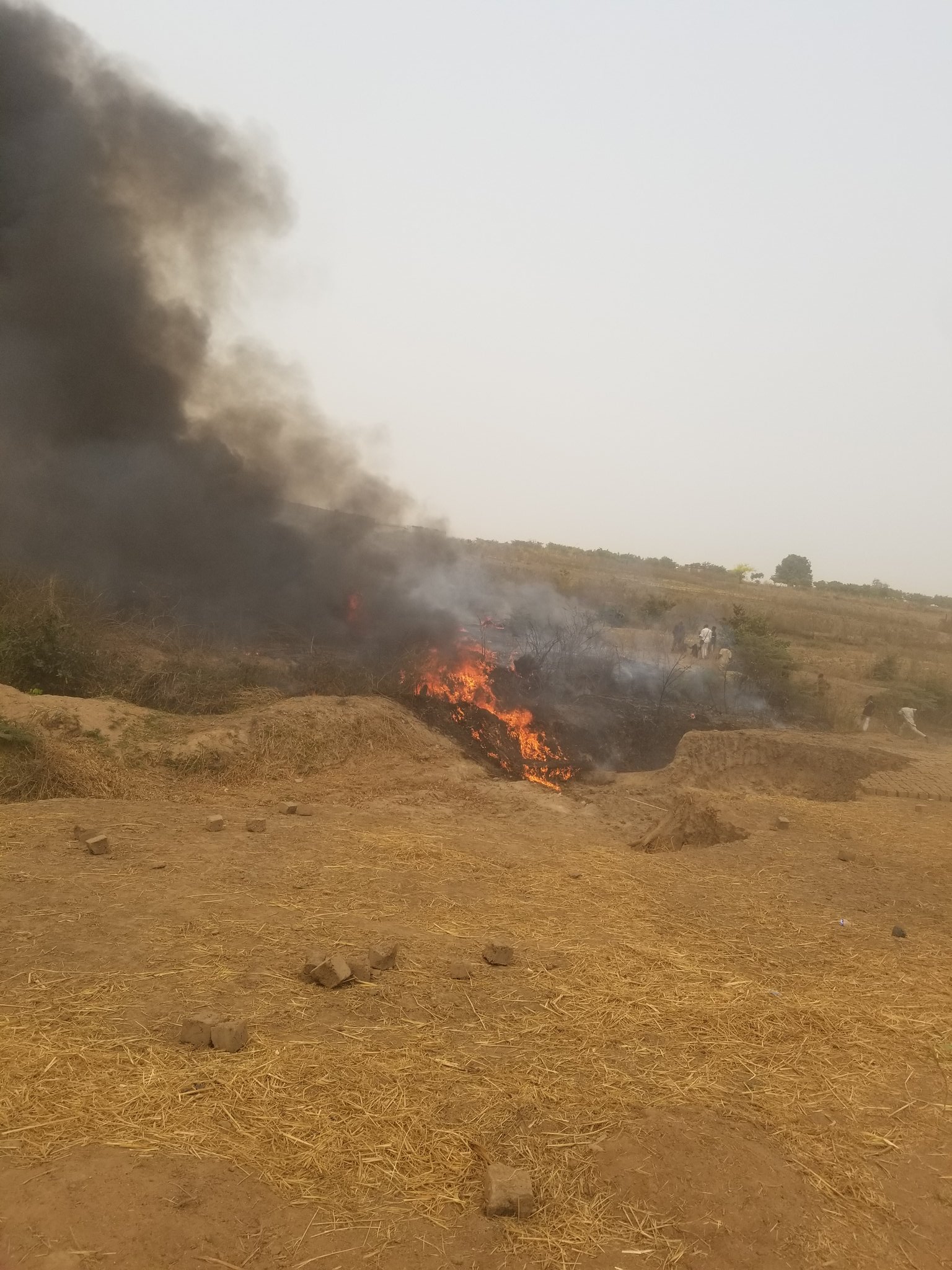 The aircraft, according to report, had reported engine failure at about 1039 time after which it crashed landed on the final approach path of Abuja Runway 22 at time 1048UTC.

No comment yet from the military authorities about casualties even as fire fighters have arrived the scene and are battling to contain the inferno that erupted from the crash.