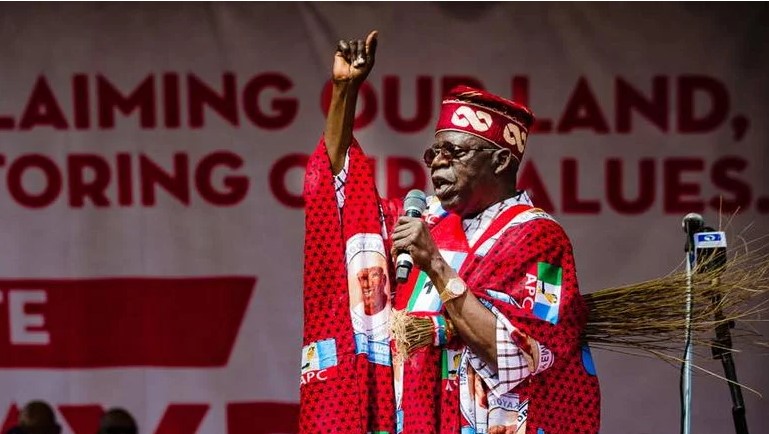 Tinubu campaign posters for for 2023 president of Nigeria has surfaced at various locations in London, the United Kingdom.

The campaign posters are pushing for Nigerians to vote for the former governor of Lagos State, Ahmed Bola Tinubu as president of Nigeria come 2023.

In a video shared by Arise TV on Monday, associates of the national leader of the All Progressives Congress (APC) covered huge spaces around a London Train Station with adverts pushing for a Tinubu candidacy for the next presidential election in Nigeria.

A campaign slogan ‘Yes We Can’, with Tinubu’s name and the picture was displayed around the walls and floor of the Train Station in effort to create awareness for the politician who has been recuperating from an unknown illness in London for the past few weeks.

Although his media handlers have continued to deny that he is unwell, several high-profile politicians in the country have visited him in his London home to commiserate with him.

Among those who have visited him are President Muhammadu Buhari and Governor Babajide Sanwo-Olu of Lagos State among others.