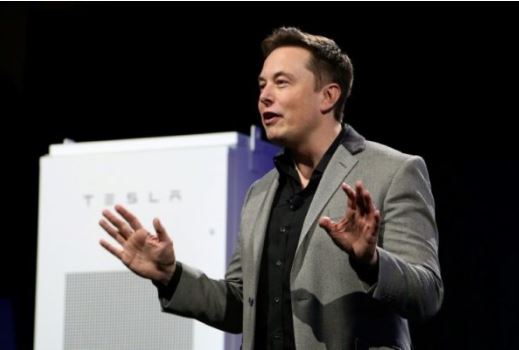 The Tesla boss who is also the CEO of space company, SpaceX announced this via his Twitter handle.

This was while he was come ting on a political discuss on Twitter.

Elon Musk clarified hours after the tweet that he would buy Manchester United.

Although his tweet sparked trends and discussions on social and traditional media, he quickly explained his position.

According to www.cracktechnology.com, Elon tweeted about buying the club and waited till 4 and half hours before making clarifications.

He said that if he were to buy a football club, it would be Manchester United because that has been his favourite club since childhood.

If Elon Musk buys the English Football Club, it will be among big brands that he would be having.

Recall that he has many companies and is still in a process of buying micro-blogging site, Twitter for $44 billion.

He accuses Twitter of fraud in not revealing the true number of fake accounts it has.

Twitter, in the other hand, has sued him in a bid to compel him to buy the company.

Also, Elon Musk has equally filed a counter-suit accusing the company of fraud and praying the court to back him so that he won’t buy Twitter again.

Meanwhile, after 4 and half hours, he was asked by a Tesla fan if he was serious about buying the club.

Elon then replied saying he was only joking.

He said “No, this is a long-running joke on Twitter. I’m not buying any sports team.”

Musk has a long track record of tweeting jokes that sound and look serious only to turn out unserious later.

Musk’s tweets have major impact on the stocks listed on the exchange. His tweet could either send a company’s stock going bullish or bearish.

Consequently, SEC frowns at such influence.

In 2018, Musk had tweeted that he had the funding to take Tesla private. The Securities and Exchange Commission, SEC, charged him for fraud and he reached agreement to appoint an in-house person to always approve his Tweets about Tesla before they go public. That was the development because Tesla is listed on the New York Stock Exchange, NYSE.

Therefore, it seems Musk has not learnt his lessons, hence his tweet about buy Manchester United, a Football Club also listed on the NYSE.

According to Bloomberg, an ethics and compliance consultant, Hui Chen, said “His actions have major impact on markets and he really needs to be cognizant about the potential implications.”

Manchester United club is valued at $4.6 billion, according to Forbes. Note that billionaire Todd Boehly had agreed to buy another football club, Chelsea FC for 4. 25 billion pounds from a Russian owner who was sanctioned over invasion of Ukraine by Russia.

Before Elon Musk tweeted that he would buy Manchester United, trading volume of the club’s shares and options spiked, with open interests increasing to more than 60, 000contracts from 20, 000 within only two trading days last week. Also, it had one call option showing 37, 630contracts changing hands on August 12.

Also, it would be noted that Manchester United has won 13 Premier League titles though it currently has very poor ranking on the league table under a poor start with a new coach, Erik Ten Hag.

In the last weekend, Brentford thrashed Manchester United 4-0 even as the club lost its first two matches.

It initially lost 2-1 to Brighton in the opening home match of the season.

The last time Manchester United won a premier league was under former coach, Alex Ferguson in the 2012 -2013 season.

Christiano Ronaldo will leave the club this summer if a choice club buys him.