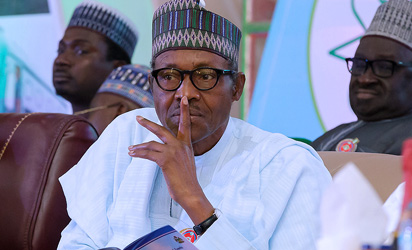 The Nigerian Presidency has confirmed that armed robbers invaded the residences of two senior aides to President Muhammadu Buhari inside the precinct of the Presidential Villa, Abuja.

“The Chief of Staff, Professor Ibrahim Gambari has confirmed that there “was a foolish attempt” to burgle his residence at 3:00 am this morning but it turned out to be unsuccessful,” Shehu said.

“Professor Gambari, whose house is on a street next to the Villa has assured that there is nothing to worry about from the incident.”

Meanwhile, reports have it that the incident prompted Ibrahim Gambari and Abubakar Maikano, the chief of staff and admin officer, respectively, to abandon their residences, sources said.

“Their houses were robbed and the robbers packed money and other valuable assets from both houses,” a source in the Villa said yesterday.

Continuing, the source said, “The robbers took away as much as possible from both places. What is more unfortunate is that no one has been arrested.”