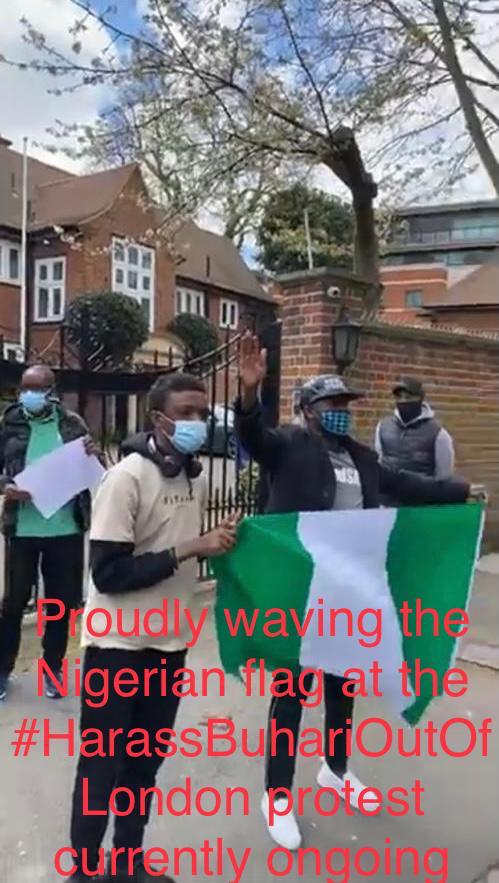 Some Nigerians, including the number one bestselling author and former aide to ex-president Goodluck Jonathan, Pastor Reno Omokri have staged a protest in London, demanding president Buhari to leave London, return to Nigeria and fix Nigerian hospitals. 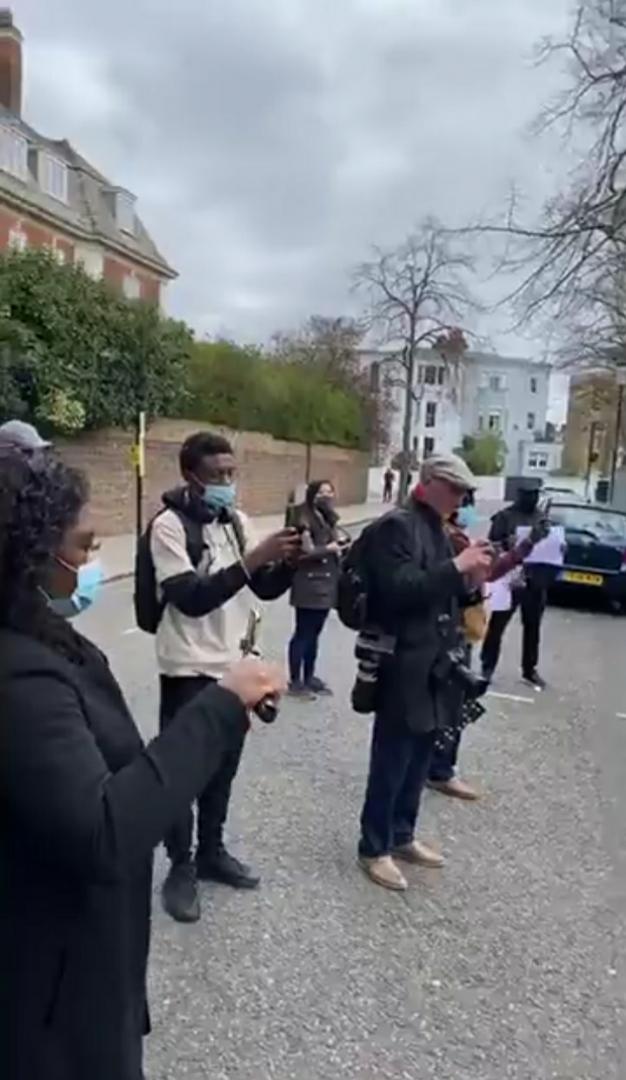 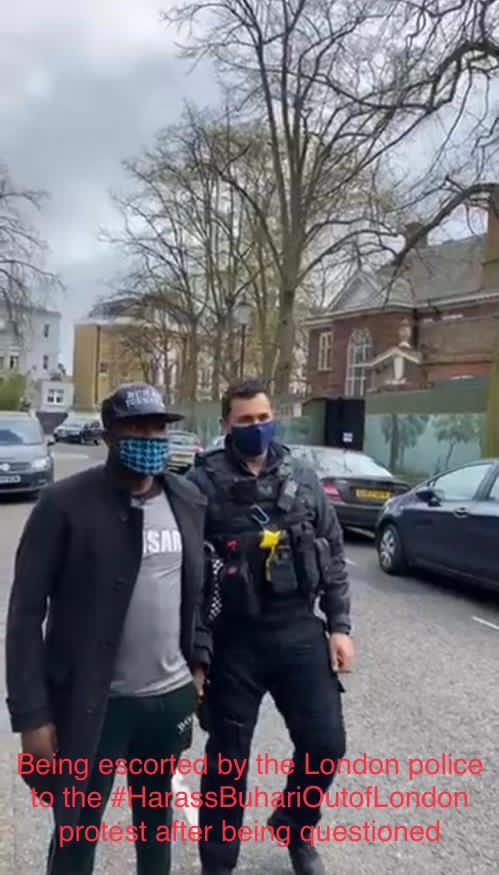 According to Omokri, “The rally was held in strict compliance with COVID19 protocols with protesters massing in groups of six.”

He said the London Metropolitan Police were called in by the Nigerian High Commission but were unable to stop the process.

After questioning Mr. Omokri and observing that the event was orderly, peaceful and not in breach of COVID19 protocols, the police allowed the protest to continue.

Speaking at the event, Omokri said ‘General Buhari left his country on the day resident doctors began a strike and came to the UK to take care of his own health.

“He has been in office for 5 years, and he is yet to initiate, start and complete even one hospital. Will Boris Johnson fail to build hospitals for the British then run to Nigeria to treat himself?”

“Buhari has budgeted over ₦10 billion Naira for the Aso Rock State House Clinic in the five years he has been in office. Is that not enough money to build a hospital and train doctors that can treat him and other Nigerians? Yet, his own wife said that the clinic can’t even provide ordinary paracetamol. Google it”.

Continuing, Omokri added that “when Buhari’s son, Yusuf, was injured in an accident, we prayed for him to get well. I prayed for him. How did this man reward us? He sent soldiers to Lekki to kill peaceful, unarmed #EndSARS protesters. These are the children of the men and women who prayed for his son. General Muhammadu Buhari is not running a government.”

Omokri said “peaceful, unarmed #EndSARS protesters asking for good governance were killed, and now he is in London to secure his life and enjoy the benefits of British good governance?”

He said the rally was staged to “send Buhari back home to fix the mess he created.”

Omokri said “Only 5% of Nigerians are covered by a doctor. This man forced himself on Nigeria. He promised he would do better, but he has turned Nigeria into the world headquarters for extreme poverty. He has bequeathed us the highest unemployment in the world at 33%. We have the highest number of out of school children at 13.5 million. And having destroyed our economy he has ran to a London that is on COVID19 lockdown to restore his health.”

Nigerians at the protest chanted “Go back home Buhari.” Many carried various placards asking president Buhari to return to Nigeria.

The British press were also on hand to cover the protest, which was still ongoing at the time of filing this report.