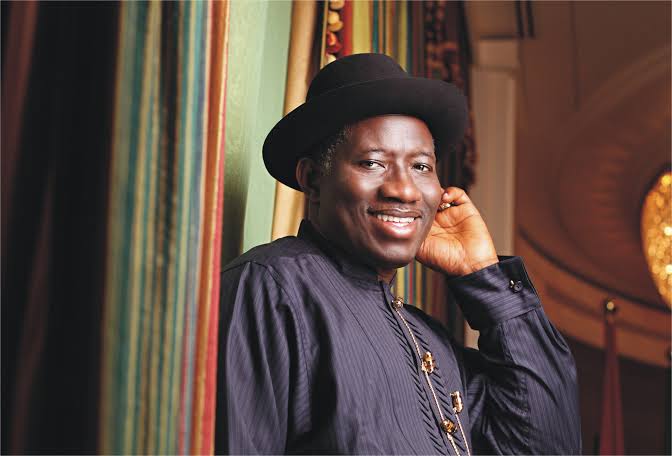 The ruling party in the country, APC, has acknowledged that it has received ₦100m as payment for the Expression of Interest and Nomination forms of ex-President Goodluck Jonathan. This to enable him run for the post of the President under the party.

An undisclosed sitting governor in the country is credited with having made this payment on behalf of ex-President.

The APC Collection Account with Heritage Bank was credited with the said ₦100m. The bank informed the leadership of the APC of this new development in letters dated Monday May 9th, 2022.

One of the letters read in part, “We write to confirm that your subject account has been credited with the sum of N30,000,000.00 (Thirty Million Naira Only) being Expression of Interest form for Goodluck Ebele Jonathan for Presidency.”

The document sent by the bank stated that it had received ₦70m. This was payment for the Nomination Form for Dr Goodluck Jonathan.

Since 2021, it had been rumoured that the ex-President had joined the APC. However, neither he nor the party has come out to confirm or deny this claim.

Jonathan joins a long and still-growing list of aspirants who have purchased the APC presidential forms for the 2023 general elections. The party, through its convention at the end of May, will select its candidate to fly the party’s flag at the presidential election next year.

Dr Goodluck Jonathan has occupied the position of Bayelsa State deputy governor and later the governor seat. He was then elected Vice-President under the Yar’Adua ticket and later became President upon the demise of the latter. All under the then ruling party, the PDP, from 1999 to 2015.

Jonathan, the APC and calls for him to run for presidency.

Earlier this year, some northern Emirs communicated to the former President their desire for him to run for the position of President.

In April, posters of the ex-President took over faces of walls and boards at the national secretariat of the APC.

In the same vein, groups of youth and women in their large numbers stormed Jonathan’s office in Abuja, demanding that he runs for the office of the President. They carried placards that read, ‘Jonathan for 2023’, ‘Goodluck Please Come Back, We Love You’ ‘Jonathan Declare Now’ amongst others.

Jonathan addressed the conveners of the demonstration in a private meeting. There, he assured them he had heard their plea and that they should watch out for his next moves.

All these happening while Jonathan’s absence from all PDP activities has been observed by party members, observers and onlookers. Giving signals he’s no longer a member of the party.