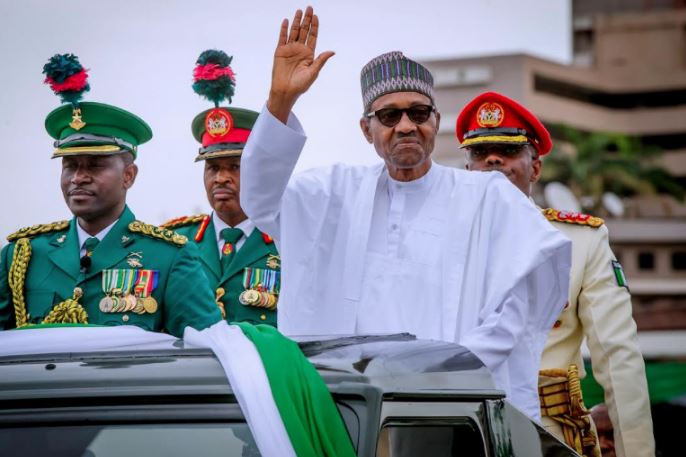 President Muhammadu Buhari has finally sacked his Service Chiefs after many cries from various quarters for this action. The President has appointed replacements to take charge of the Nation’s major Military formations and security.

Meanwhile, President Buhari who charged the new chiefs to perform better than their predecessors, however, congratulated the outgoing Service Chiefs on their efforts to in trying to secure the country.

President Buhari has ordered the compulsory retirement of the sacked service chiefs.

President Buhari is changing the guard for the 1st time since becoming C-In-C in 2015.

The sack and new appointment of the president was made know to newsmen in a report by the president’s aide, Femi Adesina.

According to the report, “PRESIDENT BUHARI APPOINTS NEW SERVICE CHIEFS

President Muhammadu Buhari has accepted the immediate resignation of the Service Chiefs, and their retirement from service.

President Buhari thanks the outgoing Service Chiefs for what he calls their “overwhelming achievements in our efforts at bringing enduring peace to our dear country,” wishing them well in their future endeavours.

The President congratulates the new Service Chiefs, and urges them to be loyal and dedicated in the discharge of their responsibilities.

Special Adviser to the President