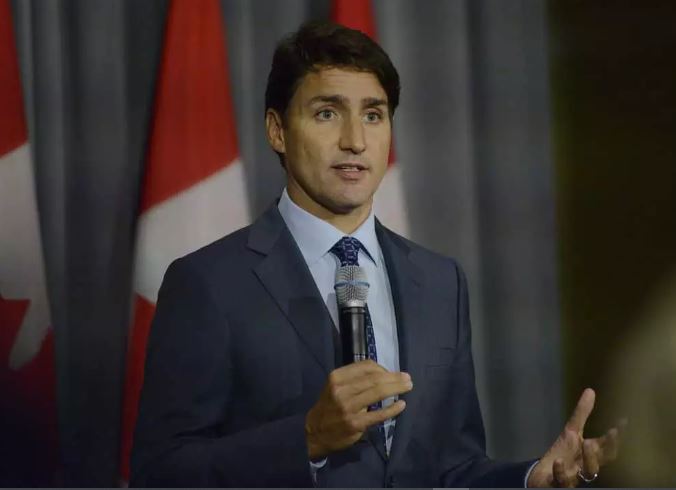 The global community of major countries and bodies, among which are Canada, the European Union (EU), Ireland, the United Kingdom (UK), The United States of America (US), Norway and other countries have condemned in strong terms the ban on the operations of the micro-blogging site, Twitter, in Nigeria by the Nigerian government led by President Muhammadu Buhari.

In a joint statement by Canada and the other countries and world bodies, it said the action by Buhari government banning Twitter and the planned execution of the commencement of registrations for other social media platforms in Nigeria by the Nigerian government is a slap on the faces of Nigerians and an encroachment or denial of the fundamental rights of Nigerians.

The countries said, being supporters of the promotion of and protection of the rights of citizens, that they would do all they can in their capacity to ensure that Nigerians are not denied their fundamental human rights in of freedom of speech, expression, and communication.

They also said that the decision banning Twitter was in bad faith and is very detrimental to Nigeria’s economic development.

According to the joint statement, it said:

We continue to advocate for the fundamental #HumanRights to freedom of speech and access to information, protected by #Nigeria’s constitution. https://t.co/T57glGUwin https://t.co/sfXKV7Z3HZ.” 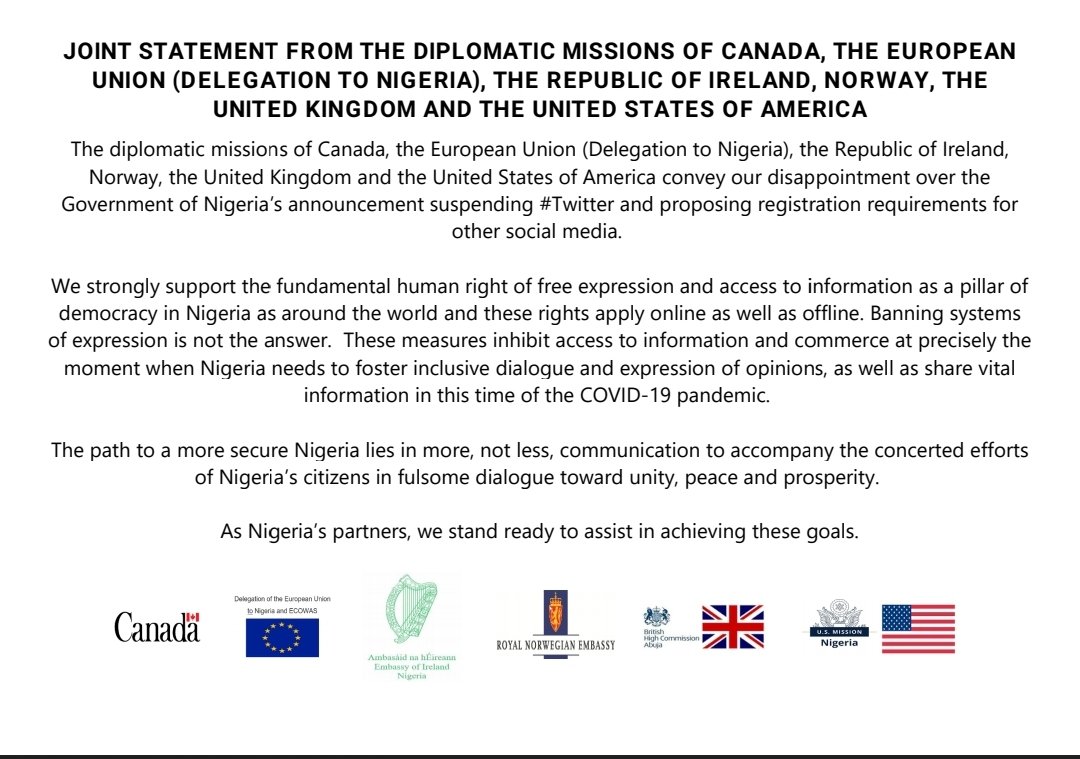 Also, the US mission in Nigeria wrote thus:

“Nigeria’s constitution provides for freedom of expression. The Government’s recent #Twitterban undermines Nigerians’ ability to exercise this fundamental freedom and sends a poor message to its citizens, investors and businesses. 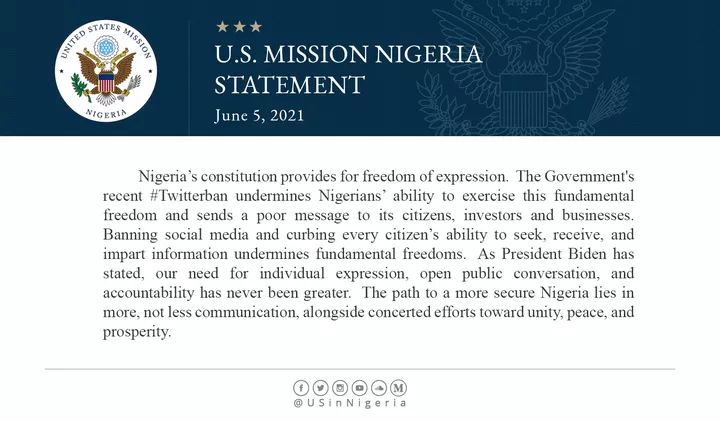 “Banning social media and curbing every citizen’s ability to seek, receive, and impart information undermines fundamental freedoms. As President Biden has stated, our need for individual expression, open public conversation, and accountability has never been greater.

” The path to a more secure Nigeria lies in more, not less communication, alongside concerted efforts toward unity, peace, and prosperity.”