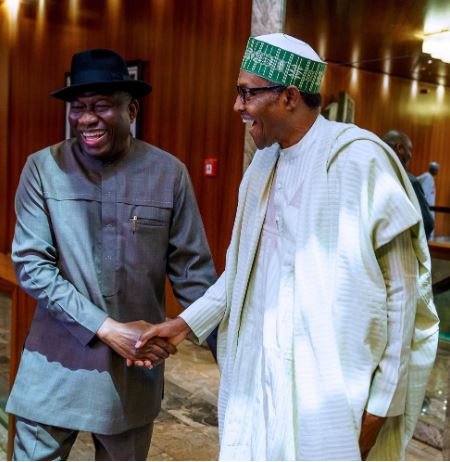 Dr. Jonathan arrived at Aso Rock about 11am and proceeded straight to President Buhari’s office.

Recall that the Economic Community of West African States, ECOWAS, had recently appointed Dr. Jonathan to head the political reconciliation in Mali where there is leadership tussle.

The Jonathan – led committee had recommended government of national unity in the country but the opposition group had turned down the recommendation.

Though the agenda of the meeting was not made public, it was gathered that the former President was expected to brief Buhari on the efforts of his committee in the Mali crisis.