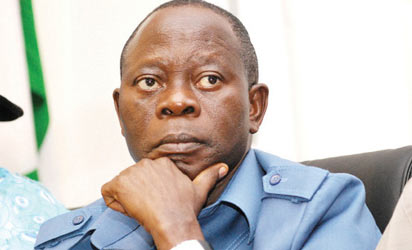 The All Progressives Congress APC has removed former Governor of Edo state, Adams Oshiomhole and named Sen. Abiola Ajimobi as its acting National Chairman. The removal was made by the party’s National Working Committee (NWC).

This is coming after the the Court of Appeal in Abuja, the country’s capital, affirmed the suspension of Comrade Adams Oshiomhole as the National Chairman of the APC.

The party in a late statement by its National Publicity Secretary, Mallam Lanre Issa-Onilu said it has received the news indicating the Appeal Court has upheld the suspension of the Party’s National Chairman, Comrade Adams Oshiomhole by an FCT High Court pending the determination of the substantive suit.